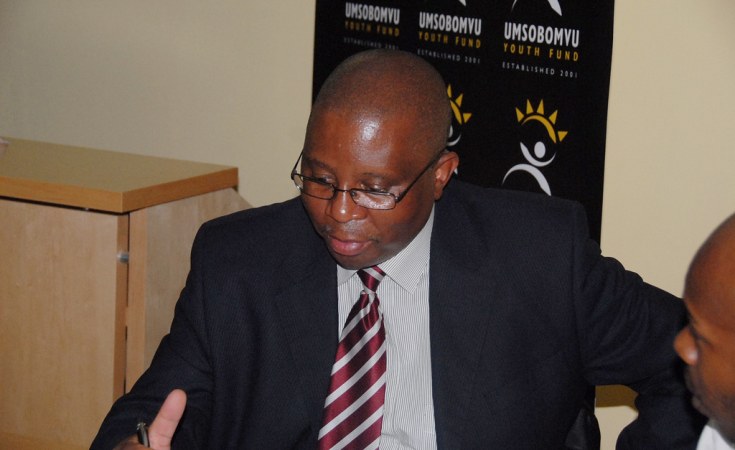 Johannesburg Mayor Herman Mashaba is at the centre of a Twitter controversy after a tweet accusing some people of bringing "ebolas" into the country was perceived as xenophobic.

Mashaba tweeted on Monday that he made his first citizen's arrest, after a man was nabbed for pushing a trolley filled with around 20 cow heads through central Johannesburg.

"I have just personally stopped this illegally act in our city. How do we allow meat trading like this? I am waiting for @AsktheChiefJMPD to come and attend before we experience a breakdown of unknown diseases in our @CityofJoburgZA," he tweeted.

The move was met with mixed reaction on social media.

While some congratulated Mashaba for upholding food safety standards, others accused him of killing small businesses.

Twitter users pointed out that the practice of transporting and selling meat in this fashion had been going on for decades.

In response to complaints, Mashaba tweeted: "Black business is not about putting the health of our residents at risk...There is a huge difference between chaos and running business. Our country can ill afford the health breakdown of unknown diseases."

On Tuesday, social media users also called him out for being disrespectful when he added fears of Ebola to the mix.

On detractor tweeted: "Don't kill small businesses rather try to help those people. These people are trying to earn a living and must not be excluded from parti in the main stream economy, they need to be helped with issues of compliance [sic]."

Mashaba tweeted back: "We are going to sit back and allow people like you to bring us Ebolas in the name of small business. Health of our people first. Our health facilities are already stretched to the limit (sic)."

"If you: a) refer to 'people like you' (referring to foreigners) b) then equate being foreign to bringing ebola (equating foreign with disease) c) then talk about "our people first", in my book it is xenophobia. Steeped in prejudiced about and antagonism towards foreigners," De Vos tweeted.

Later on Tuesday, Mashaba further justified his decision to act against the trader, saying he was guided by the Meat Safety Act and assisted by the city's chief of police.

"The trader violated the act which stipulates how raw meat ought to be stored and transported. The trader fell short of meeting the legislative requirements as the cow heads were exposed to contamination," he said.

"It is unhygienic and he was arrested for contravening by-laws and for being an undocumented person," said Minnaar.

"Anyone transporting food must do so in a hygienic matter because there could be a spread of disease."