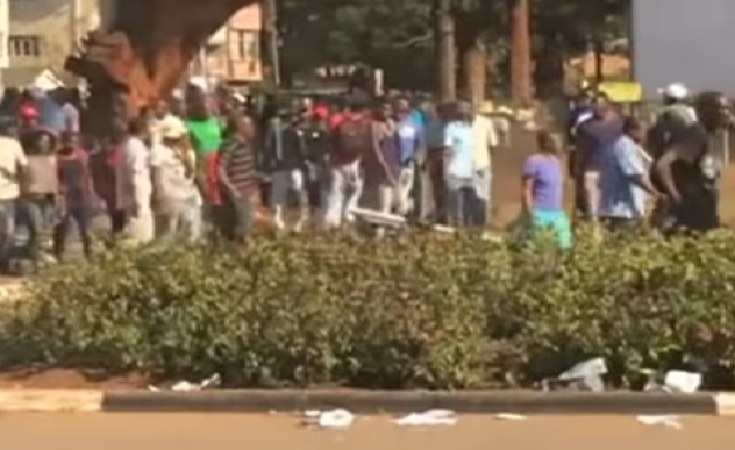 SABC News/YouTube
Hundreds of opposition protesters poured onto to the streets of Zimbabwe's capital Harare after the election (file photo).
New Zimbabwe (London)
By Leopold Munhende

A TOP civil servant has revealed the killing of six civilians by the army August 1 has brought fresh fears of political instability in Zimbabwe among potential foreign investors, something seen as running counter to President Emmerson Mnangagwa's painstaking efforts to woo foreign capital into the country.

Never Katiyo, Director Legal Services in the Ministry of Industry and Commerce said Tuesday the disturbances have brought back negative perceptions about the country among outsiders.

He was making submissions before the Kgalema Motlanthe led Commission of Inquiry into the disturbances.

"As Zimbabweans, we are in the process of reengaging with the international community. We have suffered some isolation for quite some time and as a result of the events of that particular day, we had some reservations from some stakeholders," he said.

"I personally had the experience because I am involved in most of these negotiations regarding the mega deals.

"I was in Turkey recently and China where we were being asked, 'in view of what happened, what is the security of our investments if we are to put up in Zimbabwe. Are we secured, are we stable?'. Obviously those are difficult questions to come by in view of such events."

President Emmerson Mnangagwa took over power November last year with a pledge to lead a troubled nation out of its bitter past and back on a path to democracy and economic prosperity.

He lost no time in travelling to parts of the world to market his "Zimbabwe is open for business" mantra whose credibility has come under threat after it emerged the country's meddlesome military still continued to have a bigger say on how the country ran its political affairs.

Zimbabwe's security forces stunned the nation on Monday when they all denied playing a part in the killing of civilians August 1 while pushing blame on the MDC.

Until Monday, locals were convinced the military was responsible for the bloodiest electoral episode since the 2008 presidential run-off poll in which the MDC claims more than 200 of its followers were killed through state sponsored violence.

Mnangagwa has been signing so-called mega deals with countries like China with pledges to bring in giant investment into the country.

But all seems to be empty talk as the country still remained deep in the abyss of economic strain as was the case when Mugabe was still in power.