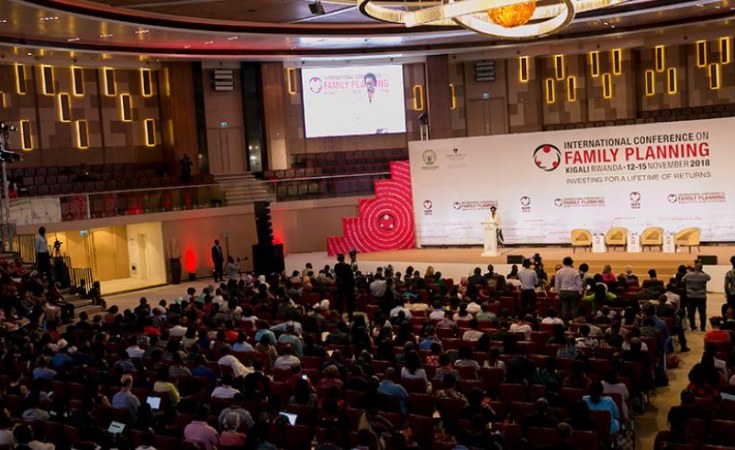 Women in developing countries around the world, especially those who are least privileged could have better access to reproductive health and family planning services, thanks to financial commitments that were made in Kigali by three major donors on Tuesday.

On the sidelines of the on-going International Conference on Family Planning (ICFP), the governments of Canada and the United Kingdom as well as the Bill & Melinda Gates Foundation have announced over $350million in funding to family planning services in the world.

WISH will ensure that six million couples in Africa and South Asia can reliably gain access to life-saving voluntary contraception in some of the world's poorest countries every year of the program.

Then Marie-Claude Bibeau, Minister of International Development of Canada, announced up to Can$104.4 million ($78.8M USD) in funding for projects that take a comprehensive approach to sexual and reproductive health and rights around the world.

The rights to be supported by Canada include universal access to family planning and access to safe and legal abortion.

The investment is part of Canada's $650 million commitment to address gaps in funding for sexual and reproductive health and rights of women and girls globally, which the current Government of Canada under Prime Minister Justin Trudeau announced in March 2017.

The Canada-sponsored programmes under the announcement made in Kigali will help prevent and respond to sexual and gender-based violence, including child early and forced marriage and female genital mutilation and cutting, and support the right to choose safe and legal abortion, as well as access to post-abortion care.

"Women's rights begin with the right for all women and adolescents to be in control of their bodies and make their own decisions," Minister Bibeau said last year while announcing the Canadian support to global family planning efforts in the world.

As for the Bill & Melinda Gates Foundation, whose Institute for Population and Reproductive Health has co-hosted the family planning summit in Kigali together with the Government of Rwanda, it has announced an $18-million USD family planning fund.

Under the Ouagadougou Partnership, family planning efforts will be made with initiatives that enable 120 million more women and girls to use contraceptives by 2020 and accelerate progress in the use of family planning services in targeted countries.

Of the Gates funding announced on Tuesday, $15 million will be used for a commodity matching fund and $3 million used for accompanying technical assistance.

The commodity matching fund will allocate two dollars for every additional dollar that these supported countries invest into family planning from domestic resources, based on the previous year's allocation.