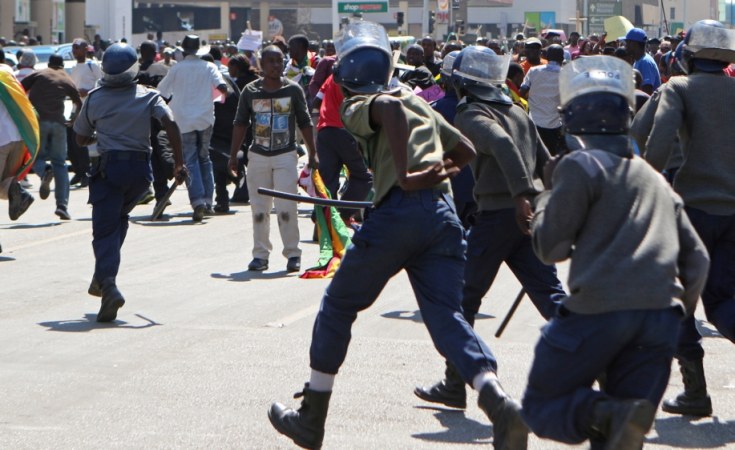 POLICE say they have instituted investigations into the killing of six civilians during the August 1 post-electoral violence in what could further rile the opposition which claims a government cover up plot of state excesses.

The civilians were killed by what is widely believed to be soldiers deployed on the streets of central Harare on the day to quell wild protests by alleged MDC supporters angered by the erratic announcement of the July 30 election results by the Zimbabwe Electoral Commission.

Both the military and police have distanced themselves from the killings after President Emmerson Mnangagwa opened an inquiry into the skirmishes.

Now over three months since the widely condemned killings, Zimbabwean police say they have opened their own investigations into the killings, with all the cases treated as murder.

Police investigations only started some three weeks ago, according to Detective Inspector Edmore Runganga of the CID Law and Order Section who was testifying before the Kgalema Motlanthe led Commission of Inquiry into the disturbances.

"We now have final post-mortem results of the six and these show that victims died as a result of projectiles by fires. We are now investigating cases as murder," he said.

"We will try to speed up the investigations."

The new twist into what has been widely believed to be army shootings on civilians could be a fresh source of worry to the opposition which fears a state backlash as authorities pull all the stops to distance the Zanu PF led regime from the killings while pinning the blame on MDC.

On Tuesday, former MDC legislator and now Zanu PF apologist, Gabriel Chaibva went to great lengths to tell the seven member probe team that his former MDC colleagues were responsible for two of the six deaths that occurred on the day.

Commander of the Presidential Guard, Brigadier General Anselem Sanyatwe also told the Commission that some of the deaths may have been caused by the militant MDC youth group commonly known as the Vanguard in which he claimed were some rogue army deserters.

President Emmerson Mnangagwa is keen to emerge from the investigations cleaner as he tries to convince a skeptical world he was the right man to pull the country out of its bitter past and back on to a peacefull and prosperous one.