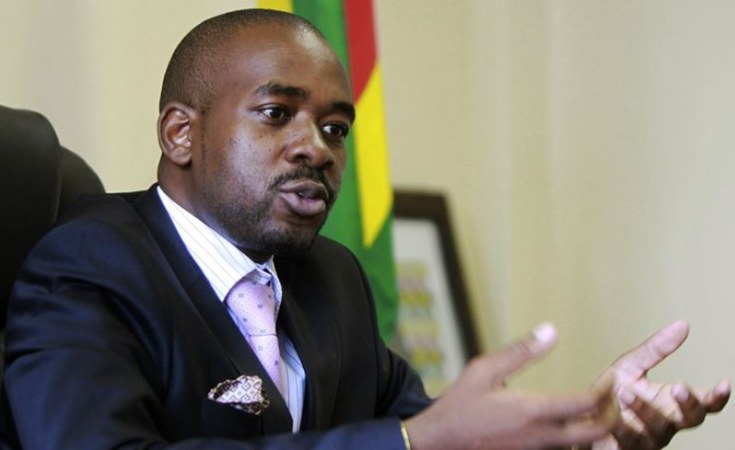 Opposition MDC leader, Nelson Chamisa has vowed to snub an invitation to appear before the Commission of Inquiry into the 1 August violence unless President Emmerson Mnangagwa is also asked to make his submissions.

Chamisa was invited to appear before the Kgalema Motlante led Commission to respond to submissions by Police Commissioner General, Godwin Matanga who implicated the youthful politician of inciting his supporters to revolt against the government.

Addressing the media in Harare today, Chamisa dismissed the commission for lacking fairness and balance by segregating other key state players including Mnangagwa and his Deputy, Constantino Chiwenga.

“Those names that have been named whether by mistake, malice or anything, in as much as we doubt and question the credibility of the commission, we still think that if they are to be fair. What is good for the goose must be good for the gaunter.

He noted that it was astonishing that Mnangagwa would insist on a commission of inquiry yet he is the one who according to the constitution has powers to deploy the army.

According to the constitution, only the president has the prerogative to deploy the army.

Appearing before the same commission on Monday, Army General, Phillip Valerio Sibanda denied receiving orders to deploy the army in writing but hinted that there could have been communication between Mnangagwa and Chiwenga to that effect.

Police General, Matanga, however, took the bait and revealed that he had ordered the deployment of soldier after getting the green light from Mnangagwa.

Chamisa is of the view that Mnangagwa should be dragged before the same commission to explain how soldiers ended up on the streets.

“We would want to see of Mnangagwa would go before the same commission, if he is not going then why should I go. We want everyone to go,” said Chamisa who insists that his hands are clean as he had no hand in the violence that killed six people and wounded several others.

Making his submissions before the commission of Inquiry, Sibanda alleged that Chamisa, through party’s militant group, the Vanguard, incited opposition party supporters to take to the streets to demand the release of the results.

However, Chamisa categorically denied the allegations insinuating that he only got to know of the violence from a top government official via the phone.

“We have evidence that shows all my movements during the same period… so instead of being thanked for showing peace, I’m vindicated,” Chamisa added.

He said his party will have no time for the commission until the conditions they have since communicated back are met. 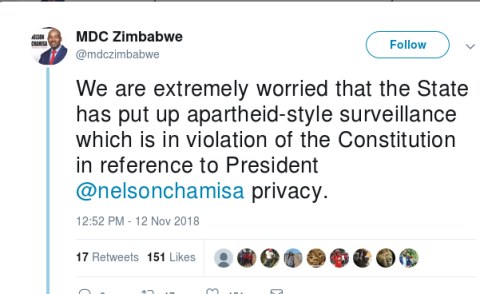 Chamisa Expected at Zimbabwe Poll Violence Commission - Sometime
Tagged:
Copyright © 2018 263Chat. All rights reserved. Distributed by AllAfrica Global Media (allAfrica.com). To contact the copyright holder directly for corrections — or for permission to republish or make other authorized use of this material, click here.

Get Us Out of Here - U.S. to Evacuate Citizens Out of Africa
Legal Affairs