Eritrea: UN Lifts Sanctions On Eritrea After Nearly a Decade 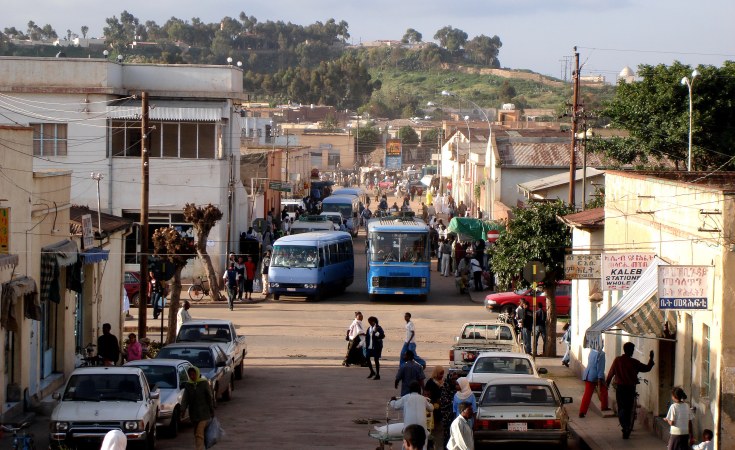 The UN Security Council has voted to lift sanctions against Eritrea following its thaw in relations with Ethiopia and other Horn of Africa countries.

The Security Council slapped an arms embargo and other tough sanctions on Eritrea in 2009 for allegedly supplying weapons to Somalia's Islamic extremist al-Shabab rebels and for failing to pull troops out of a disputed territory with Djibouti.

During a meeting on Wednesday, members voted unanimously to immediately lift "the arms embargo, travel bans, asset freezes and targeted sanctions imposed on Eritrea by the Security Council."

The recent dramatic improvements of relations between Eritrea and its neighbors, primarily Ethiopia, played a significant role in the lifting of the sanctions.

The British-drafted resolution "recognizes the improvements in regional peace and security," said the UK's ambassador to the UN, Karen Pierce.

"This is a very important move both for the region, who have made sterling efforts to make this work and for the wider UN and the international community," she said.

Diplomatic thaw in Horn of Africa

This reconciliation led to a series of further thaws, with Eritrea - one of the world's most closed-off nations - agreeing in August to restore diplomatic ties with Somalia after nearly 15 years of acrimony over accusations that Eritrea was funneling money to insurgents.

Eritrea has also made steps to reconcile with the small, but strategically significant, port nation of Djibouti, which accuses Eritrea of illegally occupying its territory seized during a two-day war in 2008.

In a further positive shift in the region, after historic talks in September, the leaders of Eritrea, Ethiopia and Somalia met again last week to cement relationships and push the Horn of Africa economic agreement signed at their first meeting.

Eritrea's representative to the UN Amanuel Giorgio congratulated people in Eritrea on the "historic day" and stressed that "Eritreans are extremely joyous and full of pride to have witnessed the recent positive regional developments ... (that) mark the beginning of a new dawn."

The office of Ethiopian President Abiy Ahmed said after the vote that the lifting of sanctions will have far-reaching effects in improving stability and building lasting peace and normal relations in the Horn of Africa region.

"It will further enhance the collaborative gains that have been achieved in the region over the past few months," the Ethiopian prime minister's office said.

Economic analyst Getachew Begashaw views the lifting of the sanctions as "a great step by the United Nations" because of the potential it has for further improving relationships in the Horn of Africa.

He believes the sanctions were misguided in the first place because they weakened Eritrea economically, which exacerbated tensions in the region - one of the most violent and conflict-ridden regions in the world.

"Eritrea is in a geopolitical strategic place on the Red Sea ... [linking] the Mediterranean and the Indian Ocean. We need to have a safe, peaceful and prosperous Eritrea to create a conducive environment in the region," Begashaw, a professor at Harper College, a US university, told DW in a telephone interview.

A watchful eye on Djibouti relations

In its Wednesday resolution, the UN Security Council warned that Eritrea needed to strive for closer ties with Djibouti. It also urged the two countries to work together on the issue of combatants from Djibouti who are missing in action. Djibouti claims Eritrea still holds dozens of prisoners of war captured during the 2008 hostilities.

At the request of France, the council will hear a report every six months on Eritrea's efforts to normalize relations with Djibouti, where France, the United States, and China have military bases.

Djibouti's UN Ambassador Siad Doualeh welcomed the lifting of sanctions against Eritrea but stressed that so far, third-party mediation had "failed to make significant progress toward a settlement" of the boundary dispute.

Eritrea has been ruled by President Isaias Afewerki since the country gained independence in 1991. His regime has been described by Human Rights Watch, an international NGO, as "one of the world's most oppressive governments."

Afewerki has previously justified his repressive rule by citing tensions with its neighbors. Eritreans are hoping the improved regional ties and international standing will make for a better life at home.

Although Eritrea has opened up diplomatically in the past months, the country isn't yet showing signs of softening its stance on the domestic front.

"This still is a very closed space, people have been fleeing the country and we don't know still whether there is likely to be a change in the national conscription," said Ahmed Soliman, a researcher on the Horn of Africa at Chatham House, a London-based policy institute.

Soliman believes, however, that Eritrea will be forced - eventually - to open up.

"If [Ethiopia's] Abiy Ahmad is pursuing a raft of internal and regional reforms, I think some of this integration and closer ties are going to necessitate reforms internally in Eritrea," Soliman told DW in a telephone interview.

He pointed out that the opening of the borders, with an accompanying movement of people and good, are going to "need freedoms" to enable this to happen.

"The inward nature of the Eritrean government is going to need to shift if it is going to accommodate this integration. But we don't know quite yet how quickly and what the response is going to be," Soliman said.

Previous Story
Next Story
Sanctions Are Being Lifted Against Eritrea. Here's Why

Sanctions Are Being Lifted Against Eritrea. Here's Why 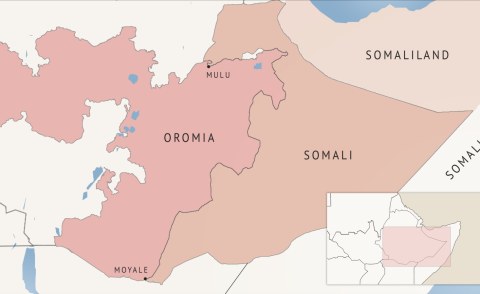 After Peace, Ethiopia and Eritrea Now Focus On Development
Tagged:
Copyright © 2018 Deutsche Welle. All rights reserved. Distributed by AllAfrica Global Media (allAfrica.com). To contact the copyright holder directly for corrections — or for permission to republish or make other authorized use of this material, click here.