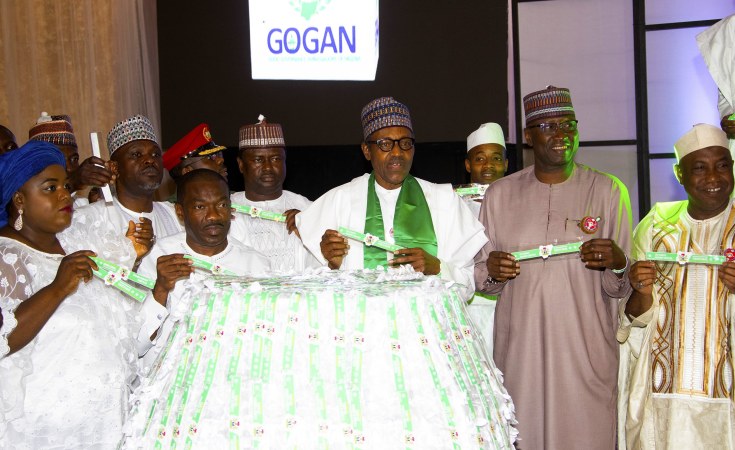 Abuja — President Muhammadu Buhari has said that despite the challenges confronting the country, Nigeria will emerge stronger.

Making the remark Thursday during the unveiling of the Buhari Unity Band (BUB), a brainchild of President Buhari Support Group ahead of the 2019 general elections, Good Governance Ambassadors of Nigeria (GOGAN), the Nigerian leader said the citizenry are resolved to work for a united country.

Speaking at the event, where his campaign wrist band was launched, President Buhari expressed concerns about threats in Nigeria as elections draw closer, but he remained optimistic that relying on the will of Nigerians, the country will continue to be united.

He said his administration had been promoting togetherness and cordial relationship among the citizens, stressing that the composition of the group, which drew membership among people of different ethnic backgrounds, is a pointer to the resolve of the people to see that Nigeria succeeds.

Noting that no nation can make progress without unity, President Buhari said: "By the grace of God, we shall remain strong and united."

GOGAN National Coordinator, Felix Idiga, said the purpose of BUB was to shut down the malicious plans of the opposition.

Contending that "senseless looting" of the national treasury was the main factor uniting "desperate politicians" Idiga said: "When they are picked to face the wrath of the law, they cry marginalisation and begin to fan the flames of disunity and unrest in the country."

He said with the BUB wrist band, Nigerians who support President Buhari and Nigeria's unity, can flaunt their solidarity by wearing it.

"Our ultimate goal is to make all Nigerians peace ambassadors of our country by uniting them with the national outlook for excellence in visual identification symbol.

"It is a symbol with a loud declaration by Nigerians; a slogan which says: no to united looters, yes to a united Nigeria."

The chairman of the occasion, former Lagos State governor and National Leader of the All Progressives Congress (APC), Senator Bola Tinubu, was represented by Senator Kabiru Gaya.