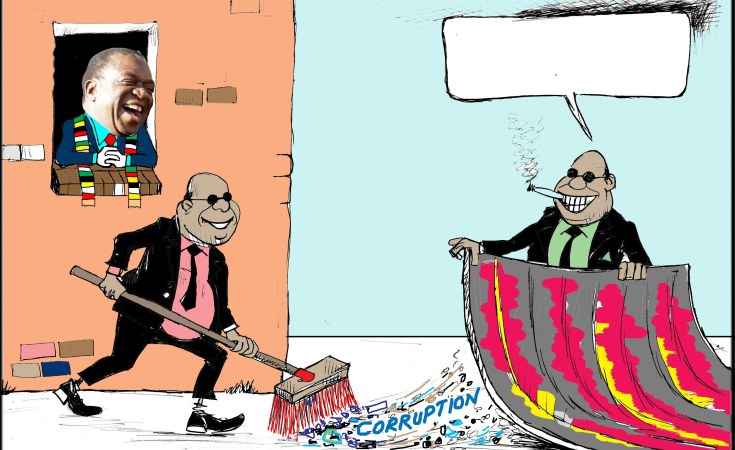 President Mnangagwa yesterday spoke out against people abusing the democratic space ushered in by the Second Republic, saying such behaviour had no place in the new dispensation.

Addressing a Presidential Graduation Parade at Morris Depot, on the first anniversary of the launch of Operation Restore Legacy that ushered in the new dispensation, the President implored people to entrench constitutionalism and promote democratic tenets.

"The advent of the new dispensation and the Second Republic saw the expansion of democratic space in our country, as enshrined in our Constitution. This culminated in the holding of peaceful, free, fair and credible harmonised general elections.

"However, it is regrettable that some retrogressive, unpatriotic and selfish individuals are bent on abusing the democracy we now enjoy," President Mnangagwa said.

The new dispensation opened up democratic space, with individuals and civic groups now openly expressing themselves although some have taken advantage of the openness to engage in violent demonstrations and propagation of hate speech, especially on social media.

He added that the findings of the Commission of Inquiry into the violence that took place on August 1 would be made public once it completes its work.

"The unfortunate and violent incident that took place in the streets of Harare on the 1st of August 2018, is not only regrettable, but has no place in the new Zimbabwe.

"The Commission of Inquiry looking into the event is expected to complete its work soon and its findings will be made public," President Mnangagwa said.

He commended the graduates for passing the rigours of the one-year training.

"I am aware that this programme involved on-the-job, where recruits were attached to various police stations countrywide, before coming back for final refinement, polishing and to remedy identified shortcomings.

"I call upon you to constantly review the curriculum of the training programme so that it remains relevant in moulding police officers who have the requisite attributes of professionalism loyalty, patriotism and unyielding devotion to jealously guard the pillars of peace, law and order in our nation," he said.

Some of the courses the graduates undertook include political history of Zimbabwe, human rights and policing, the Constitution of Zimbabwe, public order management, and community policing and traffic enforcement among others.

"In line with evolving modern crimes, it is pleasing that the police recruits also undertook lessons related to the investigation of modern crimes such as terrorism, trafficking of persons, drugs and arms.

"I am confident that this rich selection of courses has transformed the graduates into patriotic, disciplined, honest, reliable, capable, hardworking, devoted and a corruption free generation of police officers," President Mnangagwa said.

He also urged the police to keep abreast of modern technological developments that are being used to commit crimes.

"On the economic front, the ongoing engagement and re-engagement policy, together with the vast economic reforms and the implementation of the Transitional Stabilisation Programme are turning the economic tide and boosting confidence across all sectors of the economy.

"Furthermore we will continue to plug the holes and stop the economic haemorrhaging of our economy being perpetrated by cartels of individuals and businesses. These unscrupulous elements are manipulating and subverting our economic turnaround efforts for opportunistic and greedy ends, thereby abetting the suffering of our people.

"The police must fully acquaint themselves with the reforms and associated legal instruments which have been put in place to deal with these various challenges," President Mnangagwa.

The President added that the ZRP must coordinate with the Anti-Corruption Unit, the Zimbabwe Anti-Corruption Commission, the National Prosecuting Authority, the Ministry of Finance and RBZ, among other stakeholders, to bring economic saboteurs to book.

"I equally encourage the public to be forthcoming in reporting crimes of all form and types at every level. In the Second Republic, there are no sacred cows. No one is above the law. Our laws will be enforced without fear or favour," he said.