Nigeria: Atiku Group Flags Off Grassroots Mobilisation Ahead of 2019 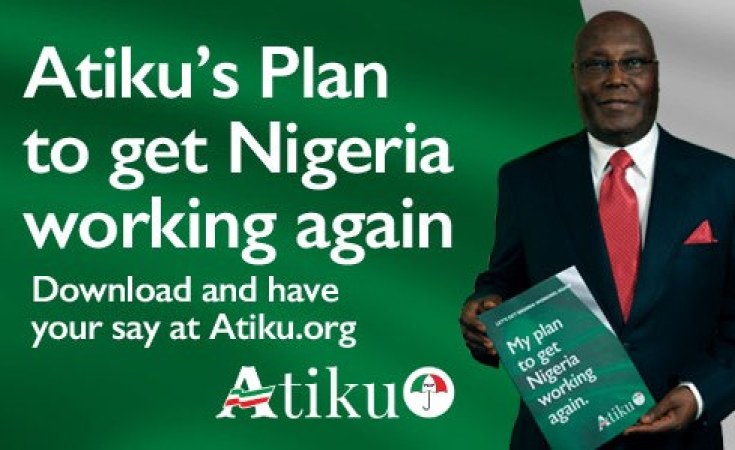 Representatives of a pro-Atiku group under the appellation, "Activated for Atiku (A4A) 2019" converged in Abuja from across the states and the FCT at the weekend for their inauguration and flag-off of grassroots mobilisation for the People's Democratic Party (PDP) presidential candidate for the 2019 General Elections.

In his opening address titled the "The Power of You" at the event, the Director-General of A4A campaign group, Ambassador Obinna Nwoke said, "We are primarily designed as a grassroots support structure for Atiku Abubakar, and will harness our vast network of PVC holders across the country to support all our party candidates across board, and we are sure of victory."

Nwoke who noted that A4A 2019 has been corporately registered and certified, said "We are also registered with the Atiku Campaign Office as an ICG. We want to leverage on the huge human resources at our disposal to change the so called change."

Speaking to LEADERSHIP, Nwoke disclosed that at the moment A4A has its presence in almost all the states and the FCT with about three million members and still counting.

The Director Administration and Legal Matters, A4A, Barr Amaka Ogundipe said the need to save the country from the menace of disunity is the driving force of the group, adding "We are enjoying overwhelming popularity among Nigerians".

On her part, the Coordinator Gwarinpa Ward for A4A, Oluwafunke Madamori told LEADERSHIP that the turn out recorded in the ward so far, especially among the youth shows that Nigerians are desperate for true change.

Nigeria Has No Future Under Buhari, Says Atiku's Strategist

Nigerian Presidential Elections 2019 - Making an Informed Choice
Tagged:
Copyright © 2018 Leadership. All rights reserved. Distributed by AllAfrica Global Media (allAfrica.com). To contact the copyright holder directly for corrections — or for permission to republish or make other authorized use of this material, click here.