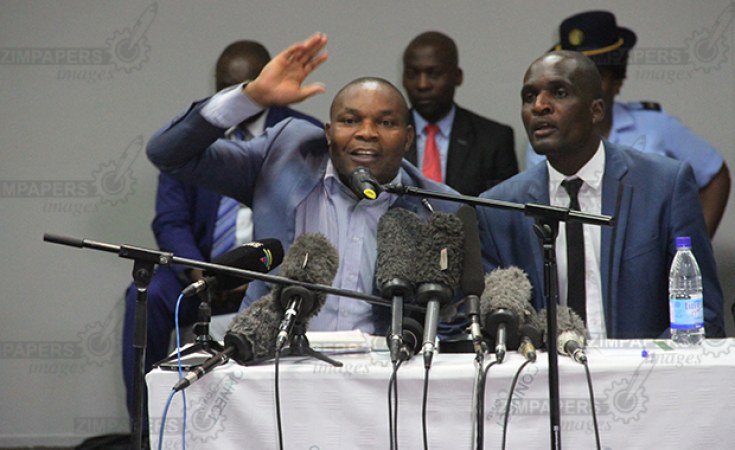 THE Commission of Inquiry into the August 1 post-election violence that resulted in the death of six people and damage to property is resuming today amid reports that MDC-Alliance leader Mr Nelson Chamisa is likely to testify.

Mr Chamisa was subpoenaed by the commission after he was implicated by earlier witnesses as one of the people who incited violence on August 1.

Initially, Mr Chamisa publicly refused to appear before the Commission during a press conference where he vowed that he would only do so if President Mnangagwa and his deputies appeared before the same Commission.

Secretary for Justice, Legal and Parliamentary Affairs Mrs Virginia Mabiza confirmed in a statement yesterday that the hearings are resuming today.

"The general public is hereby invited to attend public hearings to be held in Harare at Cresta Lodge on Wednesday 21 November 2018," said Mrs Mabiza.

The hearings start at 10am.

So far, several prominent people including senior military personnel such as the Commander Zimbabwe Defence Force General Phillip Valerio Sibanda and Police Commissioner-General Godwin Matanga have appeared before the Commission.

Both Gen Sibanda and Comm- Gen Matanga denied that the military personnel deployed in the streets of Harare under the National Reaction Force opened fire on the rioters.

Gen Sibanda confirmed that he heard gunshots from his office at the Defence House before the deployment of the National Reaction Force.

They said the people died before the deployment of the National Reaction Force.

Zimbabwe Electoral Commission chairperson Justice Priscilla Chigumba also testified and said the fatal incident could have been avoided if the MDC-Alliance leadership and its supporters had allowed the electoral body to announce the election results as enshrined in the Constitution without hindrance.

Meanwhile, police said they had opened a murder case docket in connection with the August 1 shootings.

The Commission, which is chaired by former South African president Kgalema Motlanthe , was appointed by President Mnangagwa to investigate the August 1 incident and is expected to come up with recommendations which Government is going to implement.

Churches React to Former Zanu-PF Man's Terror Confession
Tagged:
Copyright © 2018 The Herald. All rights reserved. Distributed by AllAfrica Global Media (allAfrica.com). To contact the copyright holder directly for corrections — or for permission to republish or make other authorized use of this material, click here.