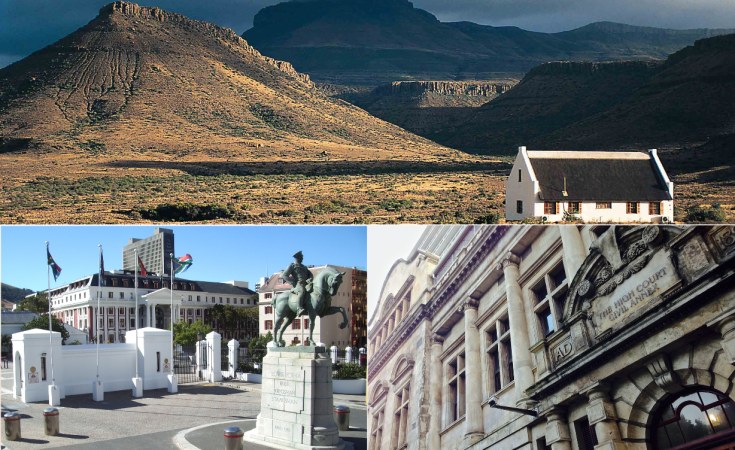 A court battle over the adoption of the Joint Constitutional Review Committee's report into land expropriation is looming - and Parliament is opposing the interdict application which conservative lobby group AfriForum has lodged.

AfriForum CEO Kallie Kriel confirmed to News24 that it filed court papers on Tuesday. He said they hoped Parliament would decide to halt the debate and adoption of the report, expected next week.

The committee adopted its report last week after months of public deliberation, recommending that the Constitution be amended to allow expropriation without compensation.

"The vast majority of submissions was against an amendment. Thousands of our members' submissions were ignored," he claimed.

He said if next week's debate remained scheduled to proceed, they would have to consider escalating the application by having it placed on the urgent court roll.

Parliament spokesperson Moloto Mothapo indicated on Wednesday that Parliament would oppose the application.

"The adoption of this report followed an extensive series of public hearings from 26 June to 4 August," said Mothapo.

"Thousands of South Africans came to these hearings held in several localities in each of the nine provinces. They came to join the national conversation about land and its role in building our democracy and redressing the wounds of our past. The committee also held workshops and discussions at Parliament."

Mothapo said the report would be presented to both Houses of Parliament.

"Members of Parliament will engage in further debate at these sessions in which the report is considered.

"The inquiry which the Constitutional Review Committee undertook will be remembered as one of the most consultative, participatory processes of our democracy - outside of our regular non-racial elections."

He said the process which the committee completed was in "keeping with the responsibilities which our Constitution demands of Parliament as the legislative authority of our Republic".

AfriForum 'hell-bent on delaying and derailing'

The ANC pledged its support to Parliament in opposing AfriForum's application.

"AfriForum is so hell-bent on delaying and derailing Parliament from satisfying the quest of our people to get their land back, they are also seeking an order to restrain the CRC from submitting the report to the National Assembly (NA) and National Council of Provinces (NCOP)," reads a statement from ANC chief whip Jackson Mthembu.

The report was adopted on Thursday last week. Parties opposed to an amendment - the DA, Cope, IFP and ACDP - raised concerns about procedural matters, notably the committee's handling of the written submissions.

The ANC, EFF and NFP voted for the adoption of the report.

After the adoption of the report, committee chairpersons Lewis Nzimande and Stan Maila told the media that they were certain that the process would withstand judicial scrutiny.

AfriForum's deputy CEO, Ernst Roets, made an oral submission to the committee last month, which was widely condemned by members of the committee from across the political spectrum.

This week, the lobby group, together with Cope leader Mosiua Lekota, delivered a joint memorandum to the USA Embassy in South Africa in which the USA was officially requested to put pressure on the South African government to protect the Constitution, property rights and the 1994 settlement.

Land Reform Report Gets the Nod from South African Parliament
Tagged:
Copyright © 2018 News24Wire. All rights reserved. Distributed by AllAfrica Global Media (allAfrica.com). To contact the copyright holder directly for corrections — or for permission to republish or make other authorized use of this material, click here.