Nigeria: The Mistakes That Haunt the War Against Boko Haram 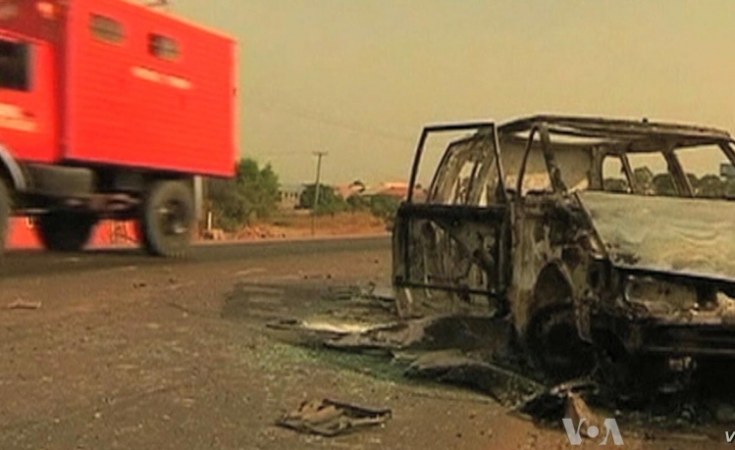 I thought I was through for now commenting on Boko Haram. Apparently not. Because each time we thought things are getting better we are jolted silly by the insurgents.

Boko Haram has become a fish bone lodged in the throat of the Nigerian state. It cannot spit it out and swallowing it is out of the question.

When the insurgency began in Maiduguri, Borno State, in 2009, the federal government under rated it and treated it like an inconsequential challenge to our national security.

The late President Umaru Yar'Adua ordered the army and the police to take appropriate steps to end what was then not even considered an incipient insurgency in the North-East geo-political region.

But Boko Haram has proved more resilient and more deadly than anyone could have imagined at the time.

We do not have the accurate figures of fellow country men, women and children who they have been killed in planned and systematic attacks on towns and villages in Borno, Yobe and Adamawa states by the terrorists since then.

The then President Goodluck Jonathan once put the figure at 15,000. The governor of Borno State, Alhaji Kashim Shettima, spoke recently of over 100,000 killed in his state alone.

Most of the 260 secondary school girls abducted from their school in the night of April 13-14, 2014, are now virtually lost to their parents.

So, it would appear that the same fate has befallen Lea Sharibu, the lone girl not yet returned to her parents among the Dapchi girls abducted by the insurgents in Yobe this year.

We do not know how many other women abducted from Borno and Adamawa are in their custody.

It is dispiriting. Nowhere is safe any more in the immediate theatres of the Boko Haram war against the Nigerian state.

The insurgent's tentacles reach homes, offices, schools, farms and the camps for persons displaced by them. Their brazen attacks on our security forces are relentless.

Their planned invasion and the sacking of villages in Borno, Yobe and Adamawa states, shows their strength, not their weakness.

Let us not kid ourselves. We are dealing with powerful forces beyond our ken. The repeated claims by our security forces to have broken the backbone of the insurgents are not exactly re-assuring any more.

Let us admit that mistakes were made from the beginning. Those mistakes haunt the war with Boko Haram. Mistake number one. We did not know Boko Haram.

By the time we knew what we were up against, we found the Nigerian state reacting to their killings. They continue to dictate the pace of the war by choosing when, where and how they carry out their attacks.

Mistake number two. Jonathan believed the insurgency was a plot hatched by the power hungry northerners to deny him his second term in office in 2015.

His wife, Patience, took that false theory to heart and did not even believe that the Chibok girls were abducted either. When the hearts of all mothers at home and abroad bled, hers was consumed with a conspiracy that had no basis in fact.

Given his mind set, Jonathan and his security chiefs treated the insurgents like political irritants that would disappear once he defeated the northerners at their game.

It was a miscalculation, a horrible miscalculation. I was surprised to read excerpts from the former president's autobiography launched in Abuja last week in which he said that the 2015 presidential election was postponed for six weeks to give him time to deal with Boko Haram.

He wrote: "How could they (the Americans and the British) have expected us to conduct elections when Boko Haram controlled parts of the North-East and was killing and maiming Nigerians?

"Anyhow," he went on, "the six weeks served us well. We received the military equipment we were expecting within that period and our Armed Forces commendably dealt a deserving blow on the terrorists and repossessed all territorial areas of Nigeria previously occupied by the terrorists.

Boko Haram was deflated up to the point I handed over to my successor on May 29, 2015." That claim was mistake number three. All available evidence points to the fact that "Boko Haram was (not) deflated" before he left office.

Mistake number four. President Muhammadu Buhari came into office in 2015 believing that all he had to do was to conduct some mop up operations and Boko Haram would become a painful chapter in our national history.

He took it, it seems to me, that Jonathan had "deflated" them. The reality soon hit him between the eyes early enough to know that Jonathan's latter claim wishful. But Buhari himself and his security chiefs have repeated similar claim at various intervals that Boko Haram has been defeated.

We had hoped that Buhari would approach the war differently. Two things reinforced that hope. Being a northerner, he could not share Jonathan's northern conspiracy theory.

The north cannot, I suppose, conspire against itself. But more importantly, being a two-star general, he, was in a better position than Jonathan to appreciate the enormous national security challenges that Boko Haram represented then and represents even now.

He could differentiate between a determined group taking on the Nigerian state and a band of killers motivated by short term benefits.

It was not, therefore, naïve on our part as citizens to believe that the insurgents would meet their match in a man who has had a war experience from 1967 to 1970.

But under his watch, Boko Haram has dug in deeper and waxed stronger. The US warned last week that the insurgents were set to deploy drones in thir war against the Nigerian state.

Meaning, it could get worse for the country and its citizens. It would be a bad mistake for the federal government to ignore the US warning.

The US has no reasons to cry wolf if the animal is not stalking our nation. With the drone the insurgents can strike anywhere they choose in the country. The fear of this alone makes one shudder.

As the latest incident showed, our security forces, despite their admittedly gallant efforts, and despite the president's avowal to put an end to the insurgency, we are not exactly winning the war.

The tactics used so far to win the war have not quite worked. There is an urgent need for a new strategy.

The Nigerian state cannot afford not to end the insurgency now and end the senseless blood bath in the country.

To formulate a winning strategy, it is important for us to know what Boko Haram represents in terms of regional and global insurgency. We must know Boko Haram.

We must admit that we are fighting a serious war and a more insidious challenge to our corporate existence as a nation.

Boko Haram is not a band of men with senseless murder on their minds.

It has roots well beyond our neighbouring countries from which they appear to operate rather freely. Their financiers are not phantoms. If we look, we will see them.

Nigeria must admit that it cannot decisively win the war without enlisting the support and the co-operation of Cameroun and Chad.

Boko Haram's objectives are perhaps regional. If Nigeria does not stop them the entire West African sub-region would become a sitting duck to their satanic objectives.

I believe Nigeria has enough clout in the region to make our immediate neighbours appreciate what the region is up against.

This is not just a war against the Nigerian state but one against the West African sub-region.

Has Boko Haram Been Defeated?
Tagged:
Copyright © 2018 The Guardian. All rights reserved. Distributed by AllAfrica Global Media (allAfrica.com). To contact the copyright holder directly for corrections — or for permission to republish or make other authorized use of this material, click here.

How Can Nigeria Fix the Legacy of Colonial Violence? #EndSARS
Construction