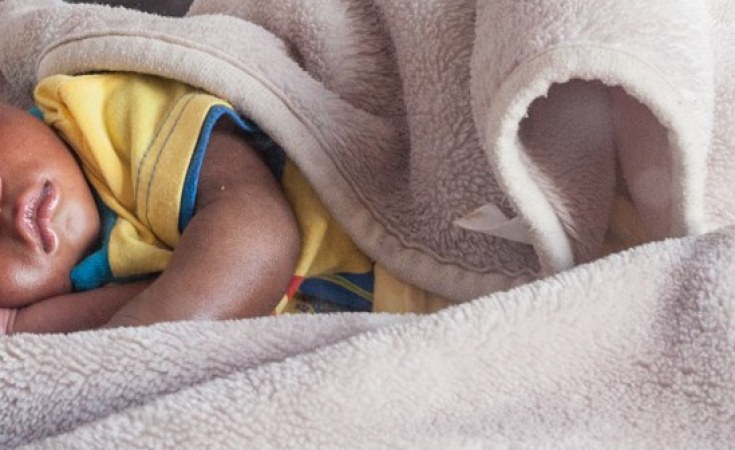 The WHO has warned of a dangerous development: babies and infants are contracting the deadly Ebola virus. A local conflict has impeded the UN health agency's attempts to quickly deal with the widening outbreak.

The World Health Organization (WHO) this week recorded several cases of the deadly Ebola virus in babies, marking a dangerous development in the Democratic Republic of Congo's (DRC) widening outbreak.

According to the latest WHO briefing, six newborn babies and infants under the age of 2 have been infected with Ebola, while six cases were reported in children between the ages of 2 and 17. One case was also recorded in a pregnant woman.

Very few cases of infected babies have been recorded by public health authorities. Given that Ebola is often transmitted by infected blood or body fluids, health experts believe babies, infants and children may be contracting the virus through breast milk or close contact with infected parents.

The latest development comes days after the WHO relaunched efforts to combat the outbreak in the wake of clashes with local armed groups in the Ebola-hit provinces of North Kivu and Ituri.

"The provinces are affected by intense insecurity and a worsening humanitarian context, with over one million internally displaced people and continuous movement of refugees to neighboring countries, including Uganda, Burundi and Tanzania," the briefing said.

Last week, DRC's health ministry suspended operations in the Ebola-hit region of Beni when deadly clashes broke out near a local crisis center.

The ministry said a shadowy militia known as the Allied Democratic Forces (ADF) have targeted peacekeepers deployed as part of the UN's stabilization mission in the DRC.

At least sixteen health workers were temporarily evacuated to the border city of Goma for psychological assistance after a shell hit their building but didn't explode.

"WHO will continue to work side-by-side with the ministry and our partners to bring this Ebola outbreak to an end," said WHO chief Tedros Adhanom Ghebreyesus. "We honor the memory of those who have died battling this outbreak, and deplore the continuing threats on the security of those still working to end it."

The current outbreak is considered the worst of its kind in DRC's history in terms of numbers of cases. It marks the tenth outbreak since the virus was first discovered in 1976 in then-Zaire (now the DRC); that initial outbreak caused more fatalities in the country.

The WHO has attempted to respond quickly after it was criticized for its slow response to the 2014 outbreak that claimed more than 11,000 lives in West Africa. However, local conflict and the region's isolated position have made it difficult to reach and operate in DRC.

Ebola is a rare and highly infectious virus, with a death rate of up to 90 percent, according to the WHO. Survival rates have improved considerably in more recent outbreaks, though. Symptoms include fever, intense weakness and vomiting. The incubation period ranges from two to 21 days.

More than a dozen people died as machete-wielding rebels attacked a town in the Democratic Republic of Congo. Public health operations to tackle an Ebola outbreak that has killed 100 people were halted due to the unrest.

Local health officials have reported a number of patients showing symptoms of hemorrhagic fever and deaths in the affected area. The disease has resurfaced nearly 10 months after the end of an earlier outbreak.

DR Congo's Ebola Outbreak Now Second Worst in History
Tagged:
Copyright © 2018 Deutsche Welle. All rights reserved. Distributed by AllAfrica Global Media (allAfrica.com). To contact the copyright holder directly for corrections — or for permission to republish or make other authorized use of this material, click here.