Kenya: U.S.$2 Million to Step Up War Against Poaching 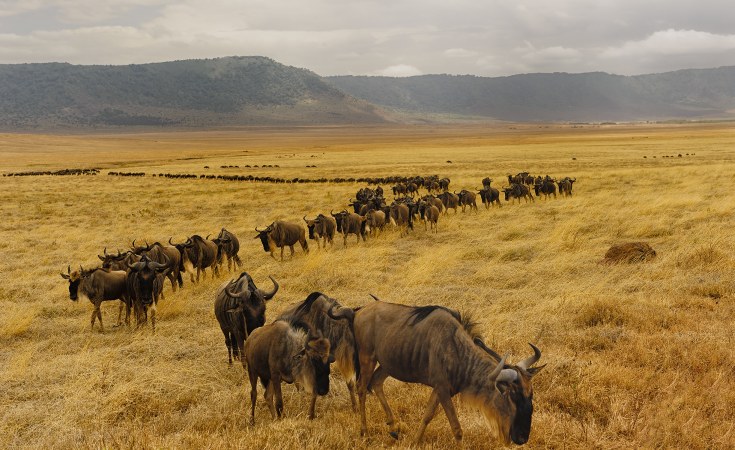 Kenyan and Tanzania are beneficiaries of a $2 million grant meant to improve law enforcement and strengthen co-operation between key ports in Africa and Asia to foil illegal wildlife trafficking.

Although all African ports will benefit, Kenya's Mombasa port and Tanzania's Dar es Salaam have been singled out owing to weak maritime enforcement. The two ports are said to record regular cases of trafficking of ivory, rhino horn and pangolin scales to Asian markets.

Elephant herds in the Central Africa Republic and DRC also continue to be poached, with both Mombasa and Dar es Salam alongside Chad reported to be the main exit routes for the ivory.

"Interception capacity at African ports is particularly low, with merely one third of wildlife seizures made at exit ports in Africa between 2000 and 2017," said the UN Development Programme in a statement. Only 19.3 per cent of all seizures have led to convictions, according to the Environmental Investigation Agency.

"There's been a huge amount of progress across Africa in terms of arresting people committing wildlife crimes, but what has been lacking is strong, consistent prosecutions," said Shamini Jayanathan, Space for Giants' director of law and wildlife justice, who has also authored a prosecutors guide for wildlife crime that is now being implemented in 14 African countries.

UNDP and the Global Environment Facility (GEF) and the World Bank have provided the funds that are expected to run activities aimed at curbing trafficking over the next three years.

The activities include building the capacity of law enforcement agencies to detect and intercept illegal wildlife products.

The project will also strengthen co-operation between key ports in Africa and Asia to prevent illegal wildlife trafficking.

UNDP and GEF are working with the UN Office on Drugs and Crime, the Royal Foundation and the Global Wildlife Programme to raise awareness among port stakeholders about wildlife crime.

The new programme will also contribute to achieving Sustainable Development Goals on taking urgent action to end poaching and trafficking of protected species.

In East Africa, the widespread loss of elephants could devastating for national economies, as 90 per cent of their tourism industries depend on wildlife.

The vast majority of ivory -- 72 per cent in 2014 -- is trafficked by sea due to the large volumes of ivory involved and minimal risk of interception and arrest.

According to the Elephant Trade Information System, 403 tonnes of ivory were seized between 2007 and 2017 -- equivalent to about 54,460 killed elephants.

"By targeting these transit points and strengthening law enforcement, we can disrupt profits and incentives for wildlife poaching and end this evil trade," reads the UNDP statement.

The funding is expected to supplement another $6 million announced in June by the Space for Giants Club.

Tagged:
Copyright © 2018 The East African. All rights reserved. Distributed by AllAfrica Global Media (allAfrica.com). To contact the copyright holder directly for corrections — or for permission to republish or make other authorized use of this material, click here.