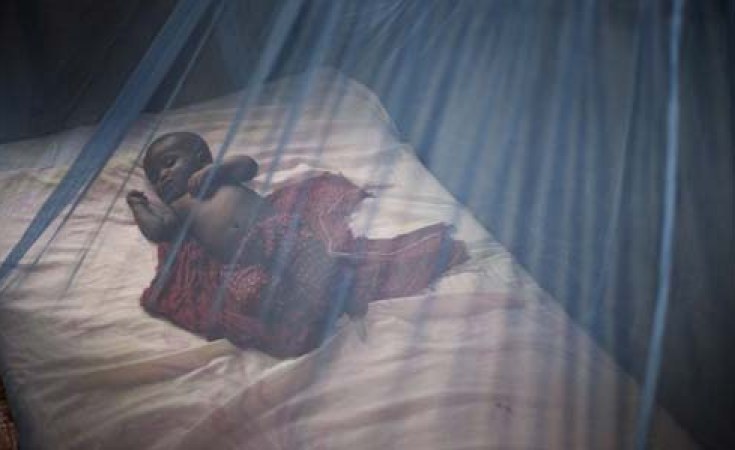 The Citizen
A child under mosquito net to prevent malaria (file photo).
The New Times (Kigali)
By Emmanuel Ntirenganya

Cases of people suffering and dying from malaria in Rwanda have reduced significantly, demonstrating that efforts to make the country a malaria free nation are paying off, according to latest statistics.

In 2016, health facilities received over 16 million new cases of malaria. Among them 82.56 per cent were patients seen in health centres, 3.2 per cent in district and provincial hospitals, and one per cent in referral hospitals, according to data from the Ministry of Health.

The Government has implemented a raft of measures to fight malaria under the malaria contingent plan, which has helped save thousands of lives.

Some of the measures used include indoor residual spraying of mosquitoes, increased use of mosquito nets as well as homebased treatment of malaria patients by community health workers, among others.

In addition, since November 2016, citizens under the household social economic categories of Ubudehe social stratification 1 and 2 have been accessing free malaria diagnosis and treatment.

However, Dr Aimable Mbituyumuremyi, Head of Malaria Division, at Rwanda Biomedical Centre (RBC), said that while the improvement is commendable, it does not mean that Rwanda reached the level it desires to be at.

Globally, WHO says, after an unprecedented period of success in global malaria control, progress has stalled.

No significant progress in reducing global malaria cases was made between 2015 and 2017, the WHO report states.

WHO Director-General Dr Tedros Adhanom Ghebreyesus said that the report calls for increased funding, with an emphasis on domestic funding for malaria, and better targeting of resources.

"I am optimistic. For example, more countries are getting closer to eliminating malaria, and several others including Ethiopia, India, Pakistan and Rwanda recorded substantial declines in cases in 2017," Dr Tedros said.

Talking about challenges that still impede the elimination of malaria, Mbituyumuremyi cited some persistent challenges like people refusing to sleep under mosquito nets as well as reutilising healthcare services.

The Government also faces budget constraints, which restricts its efforts to roll out anti-malaria spraying across the country.

Previous Story
How Govt is Winning Malaria Fight
Next Story

How Govt is Winning Malaria Fight

Nigeria's Ned Nwoko Moves Against Malaria in Africa
Tagged:
Copyright © 2018 The New Times. All rights reserved. Distributed by AllAfrica Global Media (allAfrica.com). To contact the copyright holder directly for corrections — or for permission to republish or make other authorized use of this material, click here.