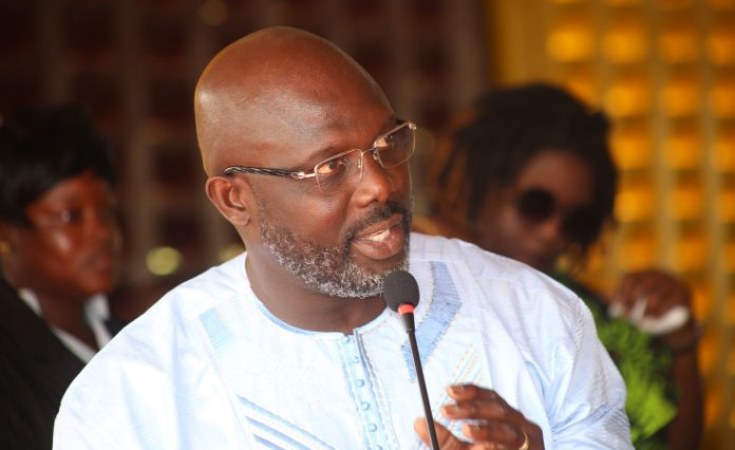 President George M. Weah led administration has scored high marks in the areas of fight against corruption, a scorecard from US based Millennium Challenge Corporation (MCC) has said.

On Monday November 5, 2018 the U.S. Government's Millennium Challenge Corporation (MCC) released its fiscal year 2019 country scorecards - a collection of 20 independent, third-party indicators that measure a country's policy performance in the areas of economic freedom, ruling justly and investing in its people.

Though Liberia scored poorly in some areas, and performed well in others, the government has termed the report as good and fair in many aspects.

Information Minister Eugene Lenn Nagbe said, the government was putting into place additional framework to measure up to areas it felt short of meeting in the 2019 scorecard indicators.

"We welcome the report, and I think there are rooms for improvements. Our government is doing everything to measure up to areas we were not able to reach. But again we are glad that we scored high in the areas of fight against corruption.

This is very crucial to boost donors and investors' confidence in doing business with us; Minister Nagbe said in an exclusive interview.

The MCC scorecards are a key component in the agency's annual competitive selection process that determines which countries are eligible to develop compacts - grant investments that last 5-years. The scorecard indicators can also be used by businesses, investors, and the private sector to inform investment decisions and better understand the operating environment in a specific country.

Scorecards for 80 countries classified by the World Bank as low and lower-middle income are now publicly available on MCC's website.

According to MCC, the competitive selection process is a data-driven, transparent method for determining where the agency invests to reduce poverty and drive economic growth. To be considered for an MCC compact, countries are expected to first pass MCC's scorecard. The tool represents one of the many ways MCC is distinctive in how it works to combat poverty through economic growth around the world. This year, of the 80 countries MCC created scorecards for, 29 countries passed while 51 did not.

Based on scorecard performance, supplemental information, the opportunity to reduce poverty and generate economic growth, and available funding, MCC's Board of Directors selects new partner countries each December.

MCC's rigorous eligibility criteria and competitive selection process have created a powerful incentive for countries to reform their policies even before a dollar is spent - dubbed "the MCC effect." Countries around the world are using the MCC scorecard as a road map for policy and institutional reform in order to qualify for MCC funding. The scorecard helps countries identify where improvement is needed to support long-term growth and poverty reduction. In addition, many countries view their ability to perform well on MCC's scorecard as a seal of approval, signaling to the private sector that the country is open for business and investment.

MCC's time-limited grants promote private investment to advance economic growth and opportunity, which in turn creates more stable, secure countries and new business and trade opportunities. Over the last 14 years, MCC has signed 36 compacts with 29 countries worth more than $12 billion. These compacts are expected to benefit over 175 million people around the world.

On the margins of the release of the scorecard, President Weah has been warning that he will not tolerate acts of corruption from his officials, - adding, the interests of the poor people must be paramount.

Tagged:
Copyright © 2018 New Liberia. All rights reserved. Distributed by AllAfrica Global Media (allAfrica.com). To contact the copyright holder directly for corrections — or for permission to republish or make other authorized use of this material, click here.