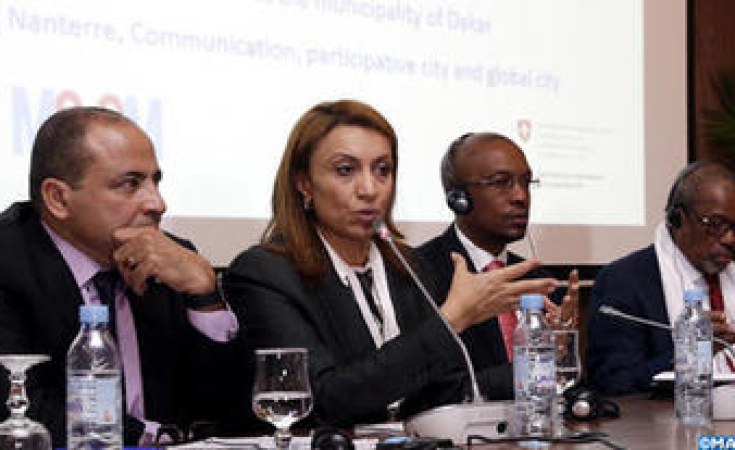 Magreb Arab Presse
As the first female mayor in the history of Tunis, Souad Abderrahim stands for an entire generation of African women who are deeply convinced of the role of women in the development of public and local life.
Maghreb Arabe Presse (Rabat)

Marrakesh — As the first female mayor in the history of Tunis, Souad Abderrahim stands for an entire generation of African women who are deeply convinced of the role of women in the development of public and local life.

With her sincere, confident and firm smile, Souad Abderrahim, a pharmacist, became last July the first woman to end a longstanding monopoly by men of the mayorship of Tunis, a dominance that has been running since 1858, the date of birth of the Tunisian capital's municipality.

Abderrahim, a native of Metouia (south of Tunisia) started her political career as an activist with the Tunisian Students General Union at Monastir's Faculty of Medicine. She was the pride of all her family, and of an entire generation of Tunisian women who wanted to break from a past of dark stereotypes against women.

Abderrahim got her diploma in Pharmacy in 1992, becoming the manager of a pharmaceutical products wholesaler. Tunis's new town councillor told MAP, as part of her participation in the 8th Africities Summit in Marrakech, that she has always been fascinated by the militancy for feminism in her boarding school in Monastir.

An unprecedented era, she said, without trying to conceal her enthusiasm to staunchly support her strong believes and continue her militancy in favor of women and girls empowerment in the rural world.

"I would have never imagined that, one day, I would become the mayor of Tunis. My election did not have any real political stakes other than my desire to contribute to my country's development", the Mayor of Tunis told MAP.

"I will change Tunis. I will defend the helpless and will often visit Morocco, a unique country in terms of stability that has accumulated an important experience in local development and Human rights", she said, adding that she feels honored to participate in this summit along with a host of African women who are shaping the continent's contemporary history.

Tagged:
Copyright © 2018 Maghreb Arabe Presse. All rights reserved. Distributed by AllAfrica Global Media (allAfrica.com). To contact the copyright holder directly for corrections — or for permission to republish or make other authorized use of this material, click here.