Africa: SAA Needs R21.7 Billion Just to Stay in the Air Until Mid-2019 - Failure a Systemic Threat to South Africa

Official discussions are under way about providing the financially troubled SAA with another R9.2-billion by March 2019, Parliament's public enterprise committee heard on Tuesday. Such a financial parachute would come within just four months after the R5-billion bailout the National Assembly is expected to approve on Wednesday as a special appropriation. SAA told MPs it actually needed R21.7-billion to stay in the air. And that would have to come from government, according to its approved corporate plan, 'Shareholder to recapitalise SAA'.

Public Enterprises Minister Pravin Gordhan on Tuesday told MPs he and Finance Minister Tito Mboweni are discussing the R9.2-billion in SAA debt repayments that are coming due in March 2019.

"That (R9.2-billion) is part of the discussions with the Minister of Finance... We'll get back to you."

SAA Set for Another Bailout From Govt 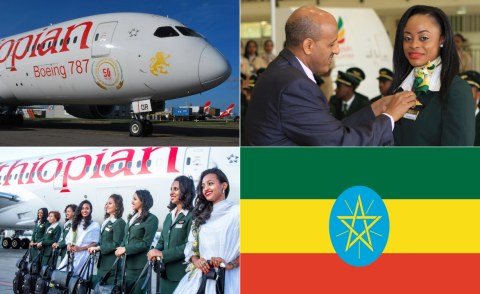 Challenges Facing Ramaphosa's Presidency
Tagged:
Copyright © 2018 Daily Maverick. All rights reserved. Distributed by AllAfrica Global Media (allAfrica.com). To contact the copyright holder directly for corrections — or for permission to republish or make other authorized use of this material, click here.