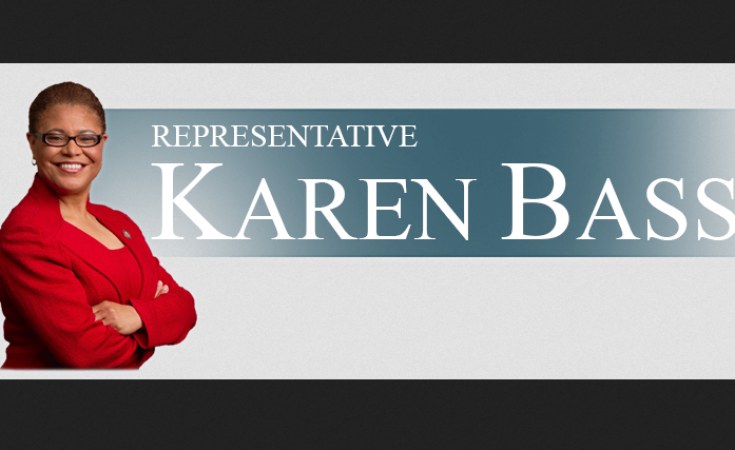 Washington — Today, Rep. Karen Bass (D-Calif.), top Democrat serving on the House Foreign Affairs Subcommittee on Africa, issued the following statement after the passage of H.R. 6207, the Democratic Republic of Congo Democracy and Accountability Act of 2018.

"The DRC has the potential to be one of the richest countries on earth, but it has been crippled by decades of conflict and corruption," said Rep. Bass. "Congolese citizens have long called for the international community to play a role in holding the ruling party accountable to their country's constitution. This bill responds to that request and also sends a message to the world that the United States has not retreated from its commitment to protect human rights and advance democracy around the world."

The current political crisis in the DRC began in 2015 when President Joseph Kabila stalled planned elections despite completing his constitutionally mandated two terms. The government's response has been heavy-handed and security forces have cracked down on anti-government mobilization through excessive use of force on peaceful protestors, shut downs of media outlets, and targeted arrests of activists, journalists, and political opposition. The situation has continued to deteriorate and the country is now facing a long-standing humanitarian crisis in addition to severe food insecurity, an Ebola outbreak, and reports of sexual and gender-based violence.

The Democratic Republic of Congo Democracy and Accountability Act of 2018 calls on the DRC government to release all political prisoners, lift restrictions on freedoms of speech, the press, assembly, and association, honor the right to peacefully protest, and establish accountability for abuses committed by security forces.

The bill also codifies Executive Order sanctions authority and requires the Administration to utilize other existing authorities, including those provided by the Global Magnitsky Act.

UN Manipulating Data Ahead of DR Congo Polls - Aid Groups
Tagged:
Copyright © 2018 United States Congress. All rights reserved. Distributed by AllAfrica Global Media (allAfrica.com). To contact the copyright holder directly for corrections — or for permission to republish or make other authorized use of this material, click here.