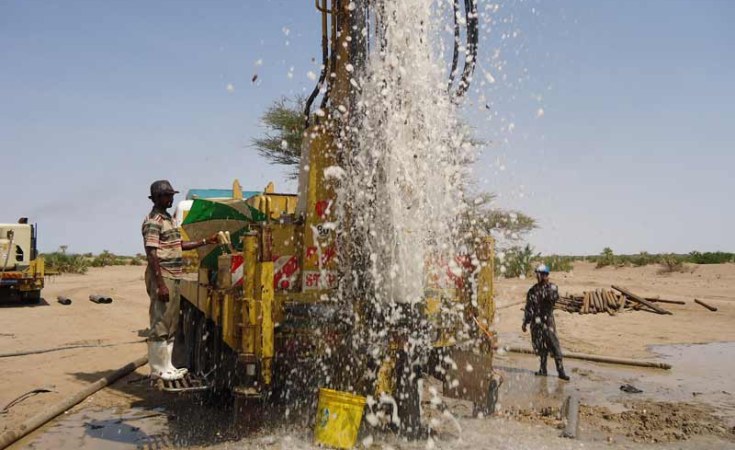 Drilling boreholes at a Lepelle Northern Water project in Giyani cost between R1.2m and R1.4m per borehole, including a water treatment plant - highly inflated prices when compared to the similar borehole installations, according to the Special Investigations Unit (SIU).

The SIU was conducting a presentation to the Standing Committee on Public Accounts (Scopa) in Parliament on Tuesday evening.

"There is currently no water connection," the presentation read. "Water treatment plants worked for only a month."

"It is really astounding to have found the CEO of Lepelle Water Board waged a pushback against the investigation," SIU head Andy Mothibi told the Scopa. "But we have not relented."

He said it was unheard of that an investigation initiated by a proclamation was challenged in court.

EFF MP Veronica Mente asked whether the court case would have cost implications for the SIU.

"We're arguing against the interdict," he added.

The SIU's investigation into the supply chain management at Lepelle Northern Water found that the contract had been irregularly awarded. As a result, the SIU issued summons on November 26, 2018 in the Limpopo High Court. It wants to have the contract, valued at R2.2bn, set aside.

"The SIU has referred evidence to the Construction and Industry Development Board (CIDB), pointing toward a contravention of the CIDB Act on December 6, 2017. The current status of the matter is that the CIDB is conducting their inquiry," reads the SIU's presentation.

A disciplinary referral was made in respect of the CEO on February 26, 2018, for negligence and the contravention of the Public Finance Management Act (PFMA), and against the manager for planning at Lepelle Northern Water on September 20, 2018, for collusion, fraud and forgery. The matter was referred to the National Prosecuting Authority (NPA) on April 3 for contravention of the PFMA.

"NPA referral was made in respect of the official on 20 September 2018 for collusion, and fraud, in particular forgery," reads the presentation. An interim report was submitted to the presidency on October 30.

"The corruption investigation completion date has been extended as new evidence of corrupt activities has been uncovered which must be investigated to its logical conclusion," said Mothibi.

"The SIU is also undertaking a full value-for-money exercise, utilising the skills of experts in the field, on the work completed in the Giyani area in respect of this contract."

The investigation at Lepelle Northern Water is but one case. The SIU provided feedback to the Scopa on their vast investigations into the affairs of the Department of Water and Sanitation.

Their investigations stem from four proclamations.

Thus far, their investigations have led to civil claims amounting to around R2.4bn, of which the R2.2bn for the Lepelle Northern Water is the bulk. There have been 36 referrals to the NPA and seven to the Asset Forfeiture Unit.

There have been 23 disciplinary referrals, leading to the dismissal of three officials, one final warning has been issued and four officials resigned. Mothibi said if officials resigned and went to another department, the SIU could still go after them.

Apart from these four investigations, stemming from 2012 and in the case of the Lepelle Northern Water, from 2016, the SIU also started a new investigation after a proclamation was issued in September. They are investigating the department's dealings with German software company SAP.

President Cyril Ramaphosa instructed them to investigate the purchase of SAP licences for more than R500m, which was allegedly unnecessary, without the correct tender process, and the payment of R35m in kickbacks.

"The SIU team commenced work on 21 September 2018 and has already uplifted computers and documentation from the department," Mothibi reported to Scopa.

The SIU has found evidence thus far that indicates that:

the contract value is approximately R950m, excluding VAT, consisting of R450m for the licences plus maintenance over 5 years;

there was no needs analysis conducted;

there was no budget for the purchase of the SAP licences;

there was no approval of the payments made to SAP;

SITA was not consulted, as is required for such purchases. In fact, SITA advised the department against proceeding with the contract.

The SIU expects to initiate civil litigation in the first quarter of 2019 and provide the Presidency with an interim report by March 31, 2019. 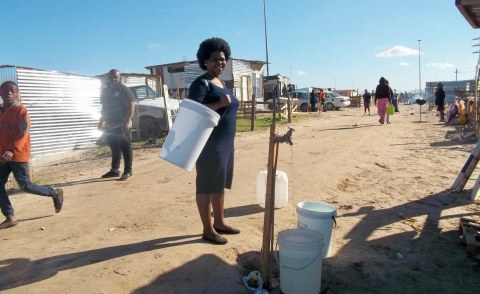 Water-Storing Football Fields Give Drought the Boot
Tagged:
Copyright © 2018 News24Wire. All rights reserved. Distributed by AllAfrica Global Media (allAfrica.com). To contact the copyright holder directly for corrections — or for permission to republish or make other authorized use of this material, click here.