Congo-Kinshasa: Staying the Course At the Crossroads of Ebola and Conflict 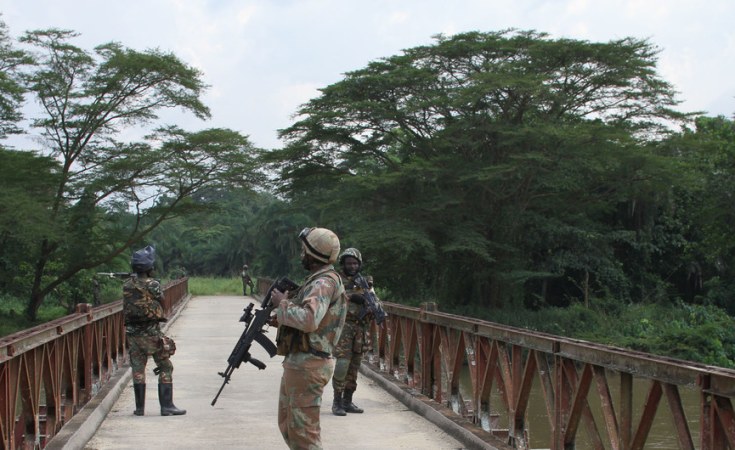 Responders to the current Ebola epidemic in North Kivu are dealing with an unprecedented scenario. This is the first time that Ebola has found its way into an area where there is complex and violent conflict.

It is a deadly combination on two fronts: first, the violence is making it difficult - at times even impossible - for humanitarians and health workers to reach remote and at-risk communities. Second, the legacy of violence means that even when humanitarians can reach communities, people are often scared and suspicious of the help being offered. It is a vicious cycle.

Against the backdrop of this gloomy picture, responders are walking a tightrope to weigh their humanitarian responsibilities against security concerns, in what has become the worst Ebola outbreak ever to hit the Democratic Republic of the Congo.

At the crossroads of Ebola and conflict, humanitarians face a dilemma.

An outbreak of Ebola in an area where there is a complex and violent conflict gives cause for real concern about the safety of all involved. We cannot leave communities at risk of Ebola, but nor can we ask our staff and volunteers to take unreasonable risks. Safety must be a prerequisite for our action.

The question is not whether to stay or leave, but how to stay the course - both supporting communities at risk, and ensuring the safety of staff and volunteers.

Those volunteers are unique in that they come from and belong to the communities which are affected. In North Kivu, they were present before this outbreak. And they will remain there long after Ebola ends, acting as a vital bridge of support and care on the ground for the most vulnerable.

Building support within communities - and developing a greater understanding of their concerns - continues to be an important cornerstone of the success of this Ebola response.

That is why our collective humanitarian work is stepping up efforts to collaborate with communities. Volunteers are building trust through a rumour tracking system which collects community suspicions and concerns. The volunteers use this system to address fears and misinformation, and to encourage people to protect themselves and their families against the Ebola virus.

They open the gateways to these communities by breaking down barriers of fear and misinformation, and building trust. Ebola responders have better access to communities to provide vaccination, healthcare to the sick, support with tracing contacts, and the safe and dignified burials of infected corpses that are so crucial to stopping the disease in its tracks.

It is also through local humanitarians that we prepare ourselves should the disease spread to other provinces in the DRC, or to neighboring countries like Burundi, Rwanda, South Sudan and Uganda.

Continuing to work with and alongside affected communities remains the priority, because this is a time when our humanitarian support is needed most. The response remains complicated, the area of operation remains dangerous, but the security concerns do not outweigh our humanitarian obligations.

Humanity must prevail, and we will stay the course.

Elhadj As Sy is the Secretary General of the International Federation of Red Cross and Red Crescent Societies.

DR Congo's Ebola Outbreak Now Second Worst in History
Tagged:
Copyright © 2018 Thomson Reuters Foundation. All rights reserved. Distributed by AllAfrica Global Media (allAfrica.com). To contact the copyright holder directly for corrections — or for permission to republish or make other authorized use of this material, click here.