On Thursday, the Constitutional Court heard arguments from various civil society organisations and the State on the constitutionality of the use of corporal punishment in private homes.

Freedom of Religion South Africa (ForSA) has appealed the South Gauteng High Court judgement handed down in August last year declaring the common law defence of "reasonable and moderate chastisement" unconstitutional. The defence currently allows parents to spank their children with the justification that it is a form of discipline.

The court also took the opportunity to challenge the validity of the defence and ruled that it was unconstitutional because it violated the child's right to equal protection of the law, dignity, freedom from all forms of violence and degradation, bodily and psychological integrity, and the child's right not to be discriminated against based on age.

But ForSA appealed the judgement arguing that getting rid of the defence altogether would make "criminals of well-meaning parents who love their children and only want what is best for them". The organisation said it was representing people who believed that the scriptures and other holy writings permit, if not command, reasonable and appropriate correction of their children.

Advocate Reg Willis, representing ForSA, said the organisation was not asking for a right to spank a child but rather for the parents' right to choose to discipline their child out of love and not be criminalised for their choice.

He argued that parents should have the right to raise their children without interference from the state.

Advocate Willis emphasised that reasonable and moderate chastisement did not equate to violence, child abuse or physical punishment that would be harmful to the child.

Justice Cameron made an example of a father in a loving household spanking his 13-year-old son on the buttocks for watching pornography. He asked Advocate Willis whether that would be considered as reasonable and moderate chastisement.

"For a robust 13-year-old, who responds well to a slap on the buttocks, that would not be unreasonable chastisement, but for a strapping 13-year-old boy who is entering stages of puberty, it would be unreasonable," said Advocate Willis.

"So if I'm correct, your answer to me is that it's very difficult to tell?" asked Justice Cameron.

"It's very difficult to tell, that's why we need to look at it on a case by case basis because different children respond to chastisement differently ... but our position is that parents need to have access to more disciplining tools rather than less," Advocate Willis responded.

But Advocate Ann Skelton, representing the Children's Institute and Sonke Gender Justice, argued that children are an impressionable and vulnerable group in society and they needed more protection against possible abuse rather than less.

Advocate Skelton said it would be discriminating against the child based on age because the same act done to an adult would be classified as assault. She said that by abolishing the defence parents would no longer be able to get away with physically assaulting their children just because they are a parent.

If the defence was not abolished, she said the state would have less power to protect the child from any form of violence.

"We never used to see this kind of violence in schools ... students beating up teachers and pouring water on them. We never used to see young boys raping 75-year-old women when parents and teachers did not have that fear of practising moderate and reasonable chastisement," said Chief Justice Mogoeng.

"Isn't there room for arguing that there is a direct correlation between the apparent rampant ill discipline amongst young people today [and the absence of corporal punishment]... and that [moderate chastisement] could have some positive results?" he asked Advocate Skelton.

But Advocate Skelton said she disagreed and proposed another possibility; that it was precisely because of the continued use of corporal punishment that violence and abuse plagued our society. She argued that there were other ways to achieve discipline, like positive parenting, which did not infringe on the rights of the child.

But Chief Justice Mogoeng said he was not sure about the practically of positive parenting when there was so little information about it. He said the court had to find a comprehensive solution that included educational programmes, workshops and counselling to deal with the violence in society.

He said to simply ban reasonable and moderate chastisement might not solve the problem.

What Is the Best Way to Discipline Children, Asks Justice Mogoeng 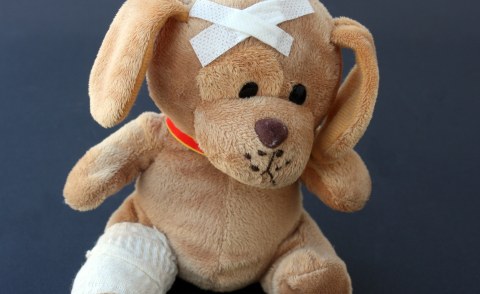 Why Parents Beating Their Children is Not African Culture
Tagged:
Copyright © 2018 GroundUp. All rights reserved. Distributed by AllAfrica Global Media (allAfrica.com). To contact the copyright holder directly for corrections — or for permission to republish or make other authorized use of this material, click here.