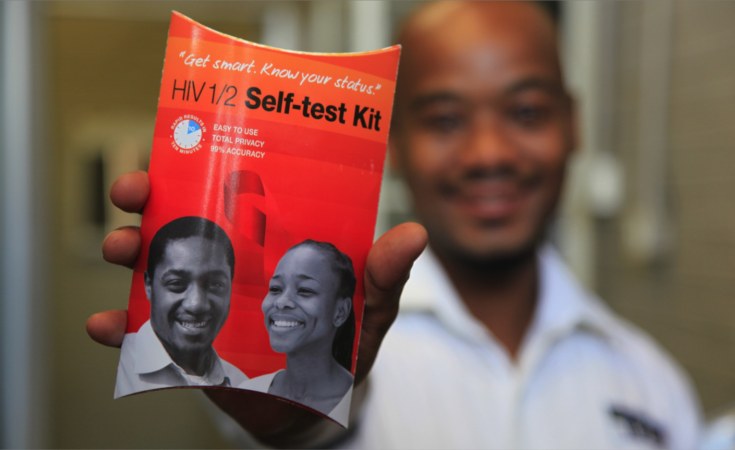 Minister of Health Atupele Muluzi has launched government initiative encouraging people to get tested for HIV that it hopes will bring ending the AIDS epidemic one step closer: self-testing for HIV.

Muluzi launched the campaign to encourage people to get tested for HIV during World Aids Day, saying knowledge of HIV status helps people living with the virus to make specific decisions to reduce risk and increase safer sex practices. Among those who are HIV infected, knowledge of their status allows them to take action to protect their sexual partners, access treatment, and plan for the future.

"In line with the theme, we will also launch and promote HIV Self Testing services to help encourage people to know their HIV status. Together we need to make the testing of HIV as socially normal as testing for Malaria," said Muluzi.

The Health Minister, who had conducted his self-test in Parliament on Friday, stressed that HIV testing is essential for reaching those that need treatment and ensuring that all people living with HIV can lead healthy and productive lives.

"It is crucial to achieving the 90-90-90 targets and empowering people to make choices about HIV prevention so that they can protect themselves and their loved ones from infection," said Muluzi.

The minister said Malawi continues to make progress in the fight against HIV.

"Unfortunately, we know that there are still people who are considered high risk within our communities who have yet to been tested. Despite the progress made and the investment in awareness campaigns we are still seeing new infections particularly among young men and women," said Muluzi.

He said the challenge is clear: "We must focus on the drivers of these new infections which are largely among the poor and unemployed."

Muluzi said the government is working hard to improve the economic environment to increase employment opportunities.

"This in turn will increase family incomes and reduce poverty levels, increasing the number and length of time for children in education," he said.

Muluzi citing the UNAIDS reports, said there continues to be a stigma for HIV testing and discrimination continues to exist in some communities.

"It also highlights that many people continue to get tested only after becoming ill and symptomatic of the HIV infection. It is for this reason that the government is implementing a range of testing strategies to reach the population. This includes Provider Initiated Testing and Counselling (PITC), Index Case Testing targeting sexual partners and children of HIV positive index clients, and HIV Self Testing to help people to know their HIV status," he said.

Muluzi explained that HIV testing services are also being provided to strategic locations such as workplaces, identified hot spots in communities with high risk behaviours and places of entertainment.

"Strategies are also being developed to test breastfeeding women who either drop out of care or get infected by their partners during the breastfeeding period to further prevent Mother to Child Transmission of HIV," he said.

Muluzi encouraged all Malawians to take responsibility for their own lives and that of their loved ones by getting tested.

"If you test positive, it is important that treatment is sought early and if as we all hope you test negative, then we will ensure you can access preventive measures such Condoms and Voluntary Male Medical Circumcision (VMMC)," he said.

The minister expressed deepest gratitude to development partners and donors that have provided financial, technical and material support in Malawi's continued fight against HIV/AIDS

HIV, which stands for Human Immunodeficiency Virus, is a virus that damages the cells in the immune system which protects our bodies from fighting infection.

It is most commonly transmitted through sexual intercourse.

Acquired immune deficiency syndrome (AIDS) is the name used to describe a number of potentially life-threatening infections and illnesses that happen when your immune system has been severely damaged by the virus.

People cannot get an Aids diagnosis unless they are HIV positive.

World Aids Day - How Namibia is Beating Other African Countries
Tagged:
Copyright © 2018 Nyasa Times. All rights reserved. Distributed by AllAfrica Global Media (allAfrica.com). To contact the copyright holder directly for corrections — or for permission to republish or make other authorized use of this material, click here.