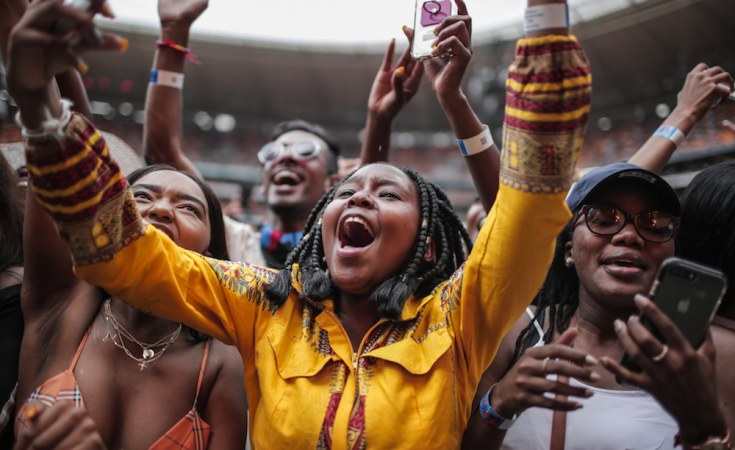 Cape Town — Dozens of revelers who attended the Global Citizen Festival at the FNB Stadium on Sunday have taken to social media to share their experience of what many described as "chaos" after the event, the Citizen reports. Lack of public transport, heavy traffic congestion and sexual harassment were reported, with some alleging "mass muggings" also took place.

According to Times Live, a number of people were robbed at knife and gunpoint outside of the Nasrec Sasol garage where festival attendees were waiting for Uber and Taxify cabs. "Opportunistic Uber drivers" also sought to take advantage of concertgoers by charging over R1000 for rides as well, Eyewitness News reports.

Speaking to Drum, festival attendee Sam Gumede described her experience after the event. "When I walked out, at first I couldn't see a single guard around to direct me or keep me safe from the swarms of men who kept following me ... When I finally made it out, I ran to Sasol garage where there were more people who had been robbed of their phones, one guy was stabbed in the head while fighting muggers who wanted to rob him, it was the scariest experience of my life."

The Global Citizen Festival - with headline acts Beyonce and Jay-Z - was held to honour former statesman Nelson Mandela who would have turned 100 this year, and formed part of a campaign to tackle poverty, child malnutrition and boost gender equality.