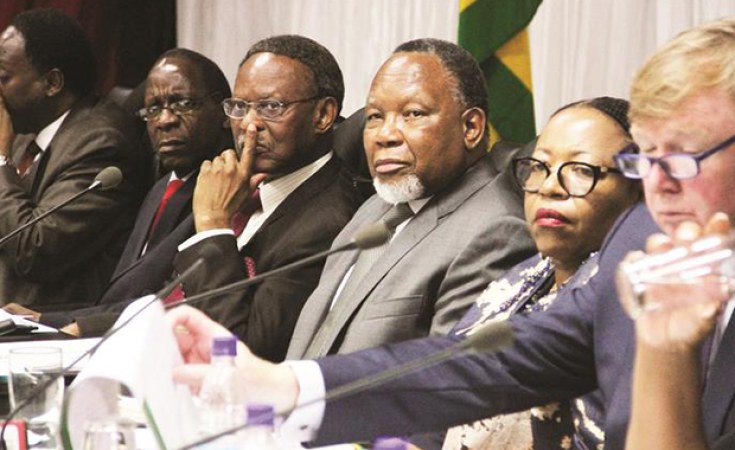 Human rights activists and constitutional lawyers have demanded that President Emmerson Mnangagwa honor his promise to make public the report of the Commission of Inquiry into the post election violence that left six civilians dead after soldiers opened live bullets on rioters.

This follows Mnangagwa's spokesperson George Charamba remarks that the findings are only for Mnangagwa's consumption.

"There is nothing at law that compels the President to release the report to the public or not to release it to the public. The discretion is his. Where he has a bit of a limit is in respect of how the Commission conducts its hearings in terms of the law... " Charamba told the state newspaper yesterday.

This, however, appeared contrary to the President's pledge when he appointed the commission in September that the findings would not be a private.

Writing on Twitter today, United Kingdom based academic Alex Magaisa said if the President expects the world to take him as a practical reformist he should not abandon his pledge like what his predecessor Robert Mugabe did on the Gukurahundi findings.

"What is beyond question is that he made a public promise in his own words. He can't renege on that promise and expect us and the world to take him seriously.

"Look, it's very simple. ED made a public promise. In his own words he undertook to make the report public. If he values honour the question would not even arise. He would simply stand by his words and fulfill them. It's that simple," Magaisa said.

University of Zimbabwe lecturer Fadzayi Mahere weighed in saying the findings should be made public to justify resources that were employed and discourage future mistakes.

"Absolutely. Unless the findings are made public, the entire jamboree was a waste of our precious taxes. We must be able to see their conclusions and scrutinize them. Lessons must be learnt to avoid military killings ever taking place in future," Mahere wrote on Twitter today.

Self-exiled former cabinet minister Professor Jonathan Moyo, described suggestions that the post election killings probe report is for President Mnangagwa only saying its an attempt to protect perpetrators in a typical example of what happened on the Gukurahundi probe report known as the Chihambakwe.

The opposition MDC deputy chairperson Tendai Biti described Charamba's remarks as ridiculous and unconstitutional warning that a court of law will compel the President to release the Motlanthe report should Mnangagwa decide otherwise.

"Ridiculous and unconstitutional position. Public funds were used to fund the Commission. It is therefore not the private property of Emmerson. Any decent court would order its release on the basis of the freedom of information clause in the constitution."

President is Sole Recipient of Report from August 1 Inquiry - Spokesperson

Motlanthe Commission Defends Report on Harare Post-Poll Violence
Tagged:
Copyright © 2018 263Chat. All rights reserved. Distributed by AllAfrica Global Media (allAfrica.com). To contact the copyright holder directly for corrections — or for permission to republish or make other authorized use of this material, click here.