Nigeria: Buhari Condoles With U.S. On Death of George Bush 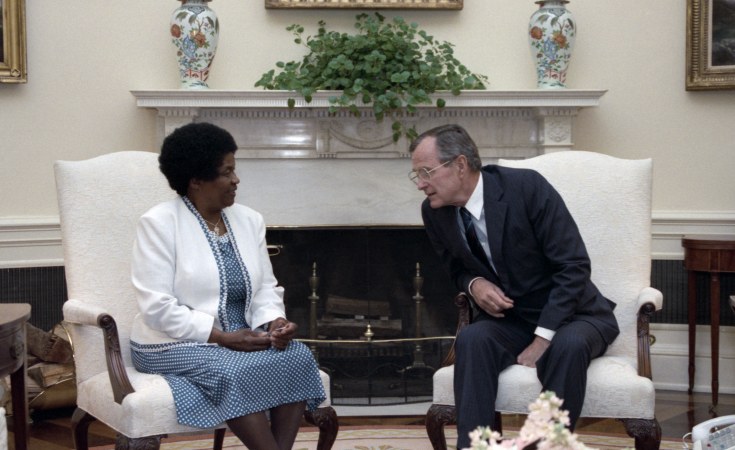 George Bush Presidential Library and Museum
George H. W. Bush invited a liberation movement icon, Albertina Sisulu, to the White House in 1989 to signal that he was not as sympathetic to South Africa's apartheid leaders as his predecessor.
Premium Times (Abuja)

President Muhammadu Buhari has joined world leaders in mourning the death of a former President of the United States, George H.W. Bush, who lived a life of service to country and humanity.

President Buhari's condolence message was made in a statement by his Special Adviser on Media and Publicity, Mr Femi Adesina, in Abuja on Monday.

The president condoled with the government and people of the United States, the family of the 41st President and all political associates of "the great leader, whose legacies continue to inspire and attract encomiums across the world."

According to the president, the passing of George H.W. Bush is a loss to the entire world, not just America, especially the many people he inspired.

President Buhari extolled the late president's love for his family and country.

He said this had remained legendary as clearly seen in the way his children had taken up leadership roles and were steadily breeding a new generation of great thinkers and leaders.

The president prayed for God's comfort on the mourning nation, the family of the nonagenarian and a peaceful rest for his soul. (NAN)

The Trump 'Prosper Africa' Strategy - Primacy or Partnership?
Tagged:
Copyright © 2018 Premium Times. All rights reserved. Distributed by AllAfrica Global Media (allAfrica.com). To contact the copyright holder directly for corrections — or for permission to republish or make other authorized use of this material, click here.