The Nigerian government has been granted a sum of $200 million loan for the funding of the country's Electrification Project (NEP).

African Development Bank Group Monday said it loaned $150 million for the project while the balance of $50 million was issued from the Africa Growing Together Fund (AGTF), a US$2 billion facility sponsored by the People's Bank of China.

"The Board of Directors of the African Development Bank Group has approved a US$150 million sovereign loan to the Federal Government of Nigeria to finance the Nigeria Electrification Project (NEP)," AfDB said in a statement.

"The Africa Growing Together Fund (AGTF), a US$2 billion facility sponsored by the People's Bank of China and administered by the African Development Bank, has also approved a US$ 50 Million Loan to the Federal Government of Nigeria to co-finance the project."

According to the finance institute, the joint financing is targetted at supporting the federal government efforts "to address critical energy access deficit in the country, and catalyze achievement of universal energy access by 2030 targets."

In 2017, the World Bank approved a sum of $350 million loan to Nigeria for the development of rural electrification projects in the country.

"By supporting the electrification of unconnected and underserved communities, NEP will contribute materially to their economic development," said the managing director of the Rural Electrification Agency, Damilola Ogunbiyi.

"Access to reliable, affordable and clean electricity will result in savings for households and businesses, which can be deployed to other uses."

The federal government has said it would by 2020, generate up to 3,000 megawatts (MW) of electricity with about 10,000 mini-grid projects to electrify communities in the country that are yet to get connected to the national grid.

In 2016, the Minister of Power, Works and Housing, Babatunde Fashola, said that the federal government was ready to invest up to $150 million in rural electrification projects.

Fashola disclosed that government plans to use 44 tertiary institutions and small hydro dams in the rural areas as anchors for the electrification Programme.

He explained that the money would be deployed towards providing Independent Power Plants, IPPs, to supply electricity to tertiary institutions and rural communities.

The minister also said that 37 out of the 44 tertiary institutions to be used for the project were universities, while the other seven were teaching hospitals. 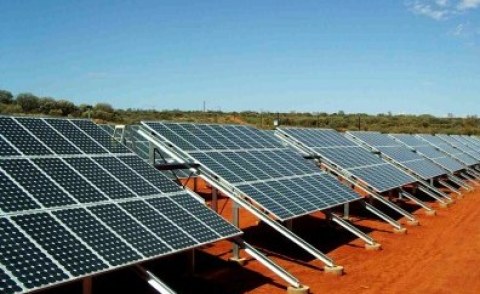 Darkness a Way of Life for Nigeria's Rural Communities
Tagged:
Copyright © 2018 The Guardian. All rights reserved. Distributed by AllAfrica Global Media (allAfrica.com). To contact the copyright holder directly for corrections — or for permission to republish or make other authorized use of this material, click here.