South Africa: De Lille Back for Good? Splinter Parties and Where They Are Now 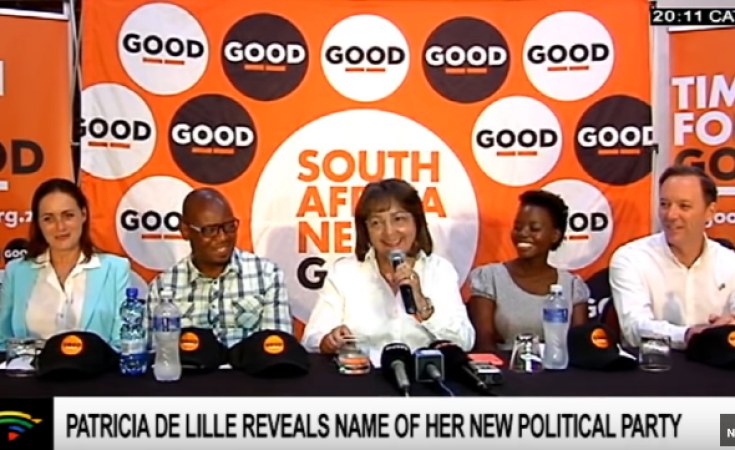 Patricia de Lille isn't the first politician who thought it was a GOOD idea to start a new party after an acrimonious departure.

Five parties currently represented in Parliament started after its leader left or was kicked out of one - including one of the more established parties.

Back in 1996, Bantu Holomisa, then Deputy Minister of Environment and Tourism was expelled from the ANC after his testimony to the Truth and Reconciliation Commission about irregularities at the Transkei administration.

Both politicians independently explored starting a party. After a few meetings, they decided to join forces and the UDM was born. In 1998, Holomisa was elected the party's president - a position he has held ever since.

The party participated in the 1999 elections, garnering 3.4% of the national vote for 14 seats in the National Assembly.

The party won nine seats in the Eastern Cape legislature and one seat in each of the legislatures of Gauteng, KwaZulu-Natal, Limpopo and Mpumalanga. Meyer left politics soon after.

Since 1999, the party's fortunes faded somewhat, with a decline to nine seats in the National Assembly in 2004 and four seats in 2009. The party maintained this number of seats in 2014.

In 2007, Themba Godi made history when he was the first MP who crossed the floor to form his own party - the APC - while keeping his seat in Parliament, despite leaving the Pan Africanist Congress of Azania (PAC) amid a fractious leadership battle.

He has held this seat as the only APC member in the National Assembly in subsequent elections, where he chairs the important watchdog committee, the Standing Committee on Public Accounts (Scopa).

Congress of the People (Cope)

In the wake of the ANC's contentious national conference in Polokwane, where Jacob Zuma was elected ANC president, and Thabo Mbeki's removal as president in 2008, disaffected former ANC members Mosiuoa Lekota, Mbhazima Shilowa and Mluleki George decided to contest the 2009 general election.

In that election, Cope garnered 7.46% of the vote, winning 30 seats in the National Assembly.

A bitter leadership dispute involving Lekota and Shilowa, which went to court, followed and the party floundered in the 2014 election, getting only 0.67% of the vote and three seats in the National Assembly, and leaving Lekota to eat his hat.

In January 2011, Zanele kaMagwaza-Msibi formed the NFP after an acrimonious departure from the Inkatha Freedom Party (IFP), after her supporters openly campaigned for her to become the party's leader, with some expelled.

Before the 2016 municipal elections disaster struck, the party failed to pay its registration fee on time and was barred from participating in the election, with IFP making up most of the ground lost to the NFP.

In April 2012, Julius Malema's fiery reign as president of the ANC Youth League came to an end as he was expelled after a disciplinary process, together with his trusty lieutenant, Floyd Shivambu.

After farming cabbages in the political wilderness for a few months, Malema announced the EFF in June 2013 - about 11 months before the 2014 elections. Shivambu is at his side again.

After a donation from a cigarette smuggler to pay the Independent Electoral Commission's registration fee, the EFF participated in the 2014 election, garnering 6% of the vote for 25 seats in the National Assembly.

In the 2016 municipal elections, the party's overall support grew to about 8.3%, giving it a kingmaker role in the metro's of Nelson Mandela Bay, Johannesburg and Tshwane, where the ANC lost its majority.

Former Cape Town Mayor De Lille Is Back for 'Good'

Patricia De Lille to Change South African Politics for Good?
Tagged:
Copyright © 2018 News24Wire. All rights reserved. Distributed by AllAfrica Global Media (allAfrica.com). To contact the copyright holder directly for corrections — or for permission to republish or make other authorized use of this material, click here.