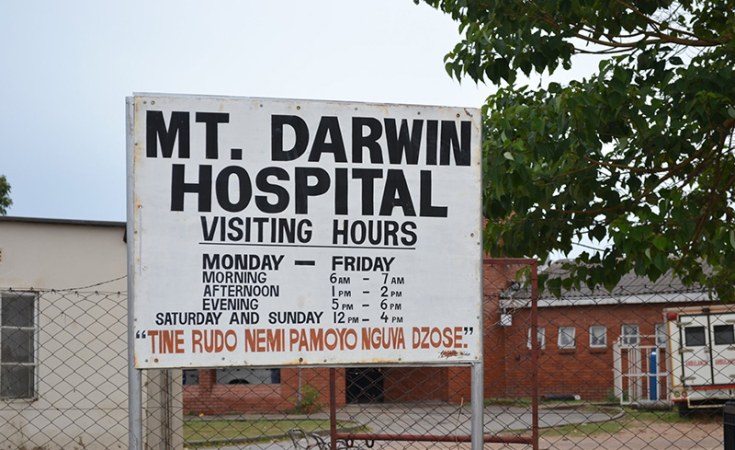 Cholera cases in Mount Darwin have risen to 191 while deaths have remained at three in the artisanal mining area of Mukaradzi. Speaking to The Herald yesterday, Mashonaland Central District medical officer Dr George Mapiye said cases being reported at the clinic were no longer serious.

"As of today (yesterday) cholera cases recorded are 191 and deaths still remain at three. The good thing about the cases that we are receiving now is that they are no longer serious. Government is making frantic efforts to try and combat the disease and prevent it from spreading. People are now aware of the disease due to awareness campaigns being conducted in the district," he said.

Dr Mapiye said all the people that have been presenting symptoms of the disease were from Mukaradzi mining community where most artisanal miners from Mt Darwin and other areas pan for gold.

"Since the outbreak started the source has been Mukaradzi mining area, and up to now we are still receiving cases from the same area. This means that the disease has not spread to other parts of the district. The challenge is that some artisanal miners once admitted, treated and discharged were going back to Mukaradzi to continue their mining activities," he said.

Zimbabwe Capital's Water Supply Cut to the Bone
Tagged:
Copyright © 2018 The Herald. All rights reserved. Distributed by AllAfrica Global Media (allAfrica.com). To contact the copyright holder directly for corrections — or for permission to republish or make other authorized use of this material, click here.