President Muhammadu Buhari yesterday, stated that the desired level in the fight against corruption was yet to be attained.

Speaking at the Conference of Auditor-Generals in Nigeria, in Abuja, Buhari who was represented by the Head of Civil Service of the Federation, Mrs. Winifred Oyo-Ita, therefore tasked auditors-general in the country to contribute their own quota in the task of enthroning transparency and accountability in the public sector so as to deepen the fight against corruption.

He said, "At the inception of this administration, three cardinal goals were set: these are security, fight against corruption and revamping of the economy. Three and the half years down the life of this administration, I am pleased to report that tremendous achievement has been recorded in all three areas. I will say, however, that the desired level in the fight against corruption is yet to be attained.

"Despite this continued effort on the part of government, gap still remained to be closed, especially in the area of external auditing.

Buhari said since inception, the current administration had introduced several different initiatives, especially in the financial and management sector aimed at stemming the tide of corruption.

Some of this initiatives, he said, include the treasury single account, which have tremendously reduced leakages in the system, as well as the Presidential initiative on Continuous Audit, PICA.

"Recently, I approve several sweeping reforms in the public finance sector so as to further reduce waste and drive up revenue. This reforms include performance monitoring, that will set financial indicators and targets for revenue generating for government owned enterprises; new measures for expenditure controls, budgeting and financial reporting requirement."

Buhari further stated that henceforth, the account of government-owned enterprises shall be audited within the period of four months after the end each financial year, adding that the role to be played by auditors-general in the success of this new reforms can, therefore, not be over emphasized.

"Let me challenge you all to think about how progress should be measured and I look forward to this as part of the outcome of your deliberations. The Sustainable Development Goals, SDG, adopted by all United Nations' member state, is a universal call to action to end poverty and protect the planet and ensure that all, people enjoy peace and prosperity.

"These are well captured eithin the Economic Recovery and Growth Plan, ERGP. Independent evaluation by auditors, for the success or otherwise of the implementations especially in the management of looted funds; against the right of proper implementations of the treasury single account TSA, the input achieved through the NPower programme, the lives that have been improved through the social safety net, conditional cash transfers and the school feeding programme and the visible progress with growth and real infrastructure, Across the country are all necessary ingredients for improvement," Buhari maintained.

Also speaking, Auditor General of the Federation, Mr Anthony Ayine, said if the audit function performs well in its role, the journey towards achieving the SDGs would be shorter and smoother, adding that where audit institutions are weak, the chance of achieving the SDGs become even more remote.

He also stated that unless the basic needs of humanity are met, the risk of more part of the country degenerating into unrest is higher.

He emphasised that the challenge of development was not for the Federal Government alone, adding that the problems started when the basic amenities and opportunities of life are not available to human beings.

My Return in 2019 Non-Negotiable - Buhari 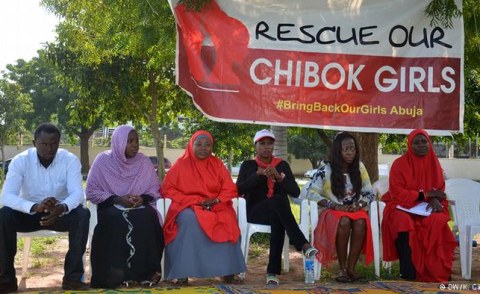 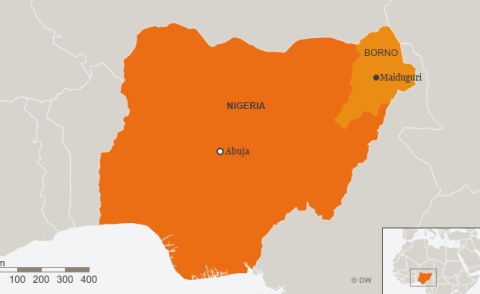 Boko Haram Attacks Chibok, Sets Houses on Fire
Tagged:
Copyright © 2018 Vanguard. All rights reserved. Distributed by AllAfrica Global Media (allAfrica.com). To contact the copyright holder directly for corrections — or for permission to republish or make other authorized use of this material, click here.