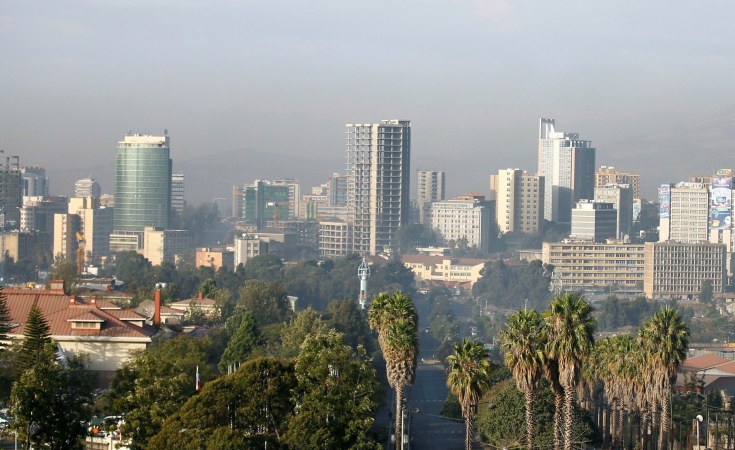 Addis Abeba was host to the 2018 Urban Age conference, where urbanisation, its future and its effects were discussed among experts, last week.

With the hyper pace of urbanisation in the country, which is growing at 3.8pc annually, the fate of Addis Abeba was fiercely debated at a two-day summit organized by the London School of Economics and Germany's Alfred Herrhausen Gesellschaft at the Hilton Addis Hotel.

Urban experts, policymakers and practitioners from sub-Saharan Africa and other world cities were summoned to the conference, which has been held every year in a different city since its inception in New York City in 2005.

The fourth fastest growing city in the world, Addis Abeba, was noted as one of the densest cities in Africa, with an average of 15,500 residents a square kilometre. Nonetheless, it is easily dwarfed by the likes of Nairobi, with over 25,000 residents per square kilometre.

Yeha Architecture's Mahider GebreMedhin, a radio host and expert on urbanisation, spoke of the coming and going of foreign influence through the decades.

Italian influence, predominantly because of occupation during the late 1930s and early 1940s, and then that of the Chinese and Germans have lent the city its varied architectural influences.

Some participants also pointed out that Middle Eastern influence will follow once the La Gare Eagle Hills project, which will encompass the construction of a residential and shopping complex for an estimated cost of 50 billion Br, is completed.

If it materialises, it will be largely financed by investors from the Middle East. But the grand project at the historical centre of the capital, where the first primary rail station was built by the French over a century ago, is already causing concerns among residents.

The project plans to build residential units for 1,600 households who are currently residing in the 10ha-area and expects to create job opportunities for 25,000 people.

There are other ongoing investments in the city, no less notable being the budding financial district in the area surrounding the National Theatre, which would see the construction of a 48-storey headquarters for the Commercial Bank of Ethiopia.

The city faces massive challenges that were stressed at the conference, which surprisingly concluded without the presence of Takele Uma, deputy mayor of the city. These are demographic implosion, environmental challenges, political turmoil, economic uncertainties and mega trends that create a cycle of problems, according to Zegeye Chernet, assistant professor at Addis Abeba University.

But for Bethlehem Demissie, director for Spatial Plan Preparation for Addis Abeba, the most tasking problems are the absence of continuity and lack of shared vision and institutional memory.

"[They] undermine the growth roadmap of Addis Abeba, despite the preparations of successive master plans," she said.

The population of the 132-year-old city, whose residents are expected to exceed 5.8 million by 2030, is host to the headquarters of the African Union and the United Nation's Economic Commission for Africa.

Tagged:
Copyright © 2018 Addis Fortune. All rights reserved. Distributed by AllAfrica Global Media (allAfrica.com). To contact the copyright holder directly for corrections — or for permission to republish or make other authorized use of this material, click here.