Gabon's President Ali Bongo has for the first time, since his hospitalisation in Saudi Arabia last month, appeared in two videos filmed in Rabat where he is continuing treatment for an unknown illness. Bongo met with Moroccan King Mohammed VI as well as top government officials. However, his appearance continues to raise questions about the state of his health.

"The head of state is aware, he recognises his representatives, he sees well, he talks well," said Prime Minister Emmanuel Issoze Ndonget after returning to Libreville following a meeting with Bongo in Rabat. "We were reassured and calmed coming out of this meeting," he added.

Bongo appeared alongside King Mohammed in a video broadcast on Monday and then in another with Gabonese government officials. But the Gabonese president is only shown from a profile view of his left side, obscuring the right side of his face, and neither video contains sound.

Attention has also been drawn to some peculiarities of the 40-second video with Bongo sitting alongside King Mohammed. At the start of the video a table is visible to the right side of the Moroccan King, yet seconds later the table has disappeared, prompting speculation about how the video was edited.

These oddities have raised concerns about whether the videos really provide an infallible proof-of-life for the Gabonese president or if the videos attempt to hide certain lasting effects of the Bongo's illness.

"The stroke may have given him a horrible facial disfigurement, like half his face paralyzed, or he may just look dodgy," said Douglas Yates, a Gabon expert at the American Graduate School in Paris.

"I think the fact his illness hasn't been revealed is in itself very revealing," added Yates, co-author of the Historical Dictionary of Gabon.

The government delegation were relaxed upon their return to Gabon, according to Libreville correspondent Yves-Laurent Goma. They invoked a biblical reference to the state of Bongo's health.

"Go up and down to proclaim the good news, tell the people the president is doing well," said Vice President Pierre-Claver Maganga Moussavou. "We've seen it, we've touched him and can say this isn't an opportunity to talk about a vacuum. He's sick, everybody can be sick."

Gabon's opposition has accused the government of peddling a "lie" over Bongo's health and some have called for opposition leader Jean Ping to assume the presidency. Ping rejected the results of the 2016 election, which was mired by claims of voter fraud. The polls handed Bongo a second term in office further extending his family's rule over the country.

"I think the opposition is hoping that this will open the door to a new presidential election, and it will, if he is truly declared unfit," said Yates,

Bongo's transfer for further treatment in Rabat was met with consternation by some critics and commentators, pointing to the country's oil wealth and poor development of public services such as healthcare.

"The reason he is not receiving treatment in Gabon itself is because he knows better than anybody else that his family has stolen billions of dollars and failed to build a hospital good enough," said Yates.

The 59-year-old president fell ill on 24 October during a conference in Saudi Arabia and spent one month in Riyadh receiving treatment before being transferred to Morocco. It has been widely reported that he suffered a strike, although this has not been officially confirmed.

President Ali Bongo Had a Stroke 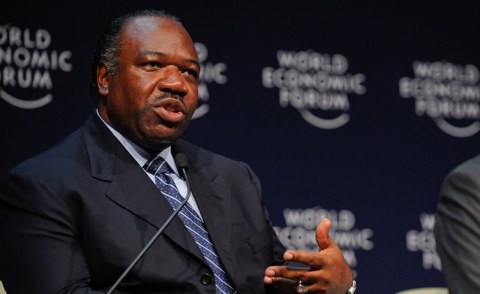 Gabon Troops Seized Radio Station in Attemped Coup - VIDEO
Tagged:
Copyright © 2018 Radio France Internationale. All rights reserved. Distributed by AllAfrica Global Media (allAfrica.com). To contact the copyright holder directly for corrections — or for permission to republish or make other authorized use of this material, click here.