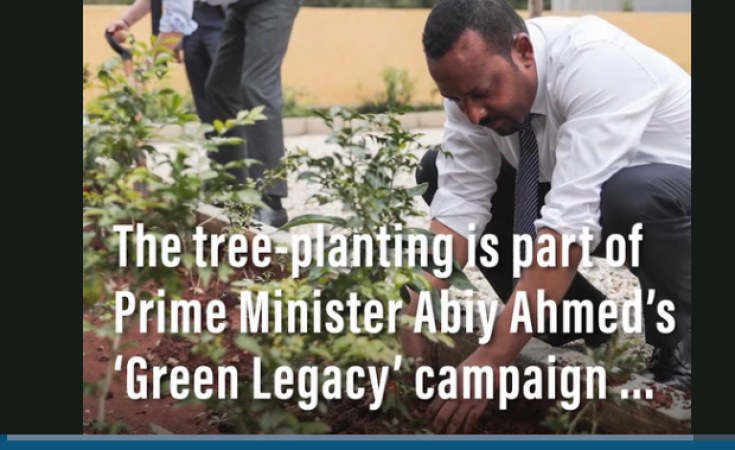 In 2015, as Ethiopia was experiencing its worst drought in 30 years, the farmers and herders living on the rolling plains of Gatto municipality found themselves struggling to survive.

The drought came on top of years of deforestation, land degradation and uncontrolled use of water - and the combination left the rangelands residents rely on to feed their cattle totally depleted.

"The soil was eroded and our forests were destroyed," said Kifle Takeno, a 57-year-old farmer and herder living in the village of Dereje in Gatto, in the country's southwest.

So when another severe drought hit the area earlier this year, it could have been devastating.

Instead, villagers had more than enough hay to feed their cattle and ride out the drought.

That change is the result of an effort to persuade farmers to work together to restore rangelands, for the benefit of all.

When Takeno heard about the initiative, which started in response to the 2015 drought, he signed up right away.

As a member of the Gatto committee for the riparian zone - the area bordering rivers and other bodies of water - he went door to door spreading the word on the dangers of soil erosion and introducing farmers to restoration techniques, such as planting fast-growing grasses.

Three years on, the people living in Gatto say they have started to reverse the area's environmental degradation.

"The fertile topsoil is rehabilitated. The pasture is serving us very well. The fodder reserves saved us from losing our cattle," Takeno said.

"Even medicinal plants that we once thought were long gone have re-emerged."

Along with training farmers in techniques for reviving degraded areas, the committees are responsible for helping communities control their use of natural resources.

Each kebele, made up of several villages, creates one environmental committee whose members are chosen by the kebele residents.

The committees are responsible for the overall management of a specific watershed or rangeland, working closely with local and district agriculture authorities. The committees enact bylaws to govern natural resource management in their areas.

Together, the communities are sustainably managing over 40,000 hectares (99,000 acres) of watersheds, rangelands and forests, she said.

The Farm Africa push aims to show agro-pastoralists that they have other options, such as taking out insurance, setting up saving and loans associations, and starting sustainable businesses for alternative sources of income.

Some community members are producing and selling fuel-efficient stoves, and others have started selling the grass they plant to prevent soil erosion, Plumb said.

This kind of economic diversity plays an important role in building climate resilience, she added.

"New sources of income have enabled (farmers) to build up savings, which they can fall back on if extreme weather strikes."

In Gamo Gofa, in the SNNPR's Segen region, villagers said the changes have helped restore lost forests and have brought life back to one of the area's major lakes.

The residents' reliance on wood for fuel once had turned a densely-forested area into a barren landscape, they said.

In recent years, heavy rains had degraded the area's farmland, pushing a large amount of silt into Lake Chamo, they added.

But now, community leaders in Gamo Gofa teach their neighbours to restore their environment, including dedicating sections of land for planting indigenous trees and fast-growing grasses.

"The plants were introduced to help enrich the soil and prevent erosion," said Wondifraw Baykedagn, an environmental specialist with Mercy Corps, a U.S. non-profit that is a partner in the effort.

Community members have now planted over 50,000 tree seedlings, he said.

"Closing off sections of land also allowed trees indigenous to the area to thrive once again," he said.

But right now there are limits to who can enjoy the benefits of the changes, according to Plumb from Farm Africa.

Because there is usually no official documentation to show the boundaries of rangelands and watersheds, communities can sometimes come into conflict over who has the right to revive and use a certain parcel of land.

Despite the challenges, local experts and farmers say the restoration techniques are working.

"This fast recovery has energised the farmers to widen the geographic area and rehabilitate other degraded lands," Wolde said.

Committee member Takeno said he relishes the opportunity to help neighbouring communities replicate the "amazing" progress he sees at home in Gatto.

"It was our action that destroyed the environment," he said. But "we worked together to find a solution." 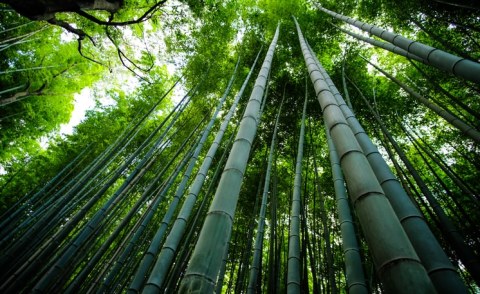 Ethiopia, Kenya, Uganda Partner to Develop Bamboo Sector
Tagged:
Copyright © 2018 Thomson Reuters Foundation. All rights reserved. Distributed by AllAfrica Global Media (allAfrica.com). To contact the copyright holder directly for corrections — or for permission to republish or make other authorized use of this material, click here.