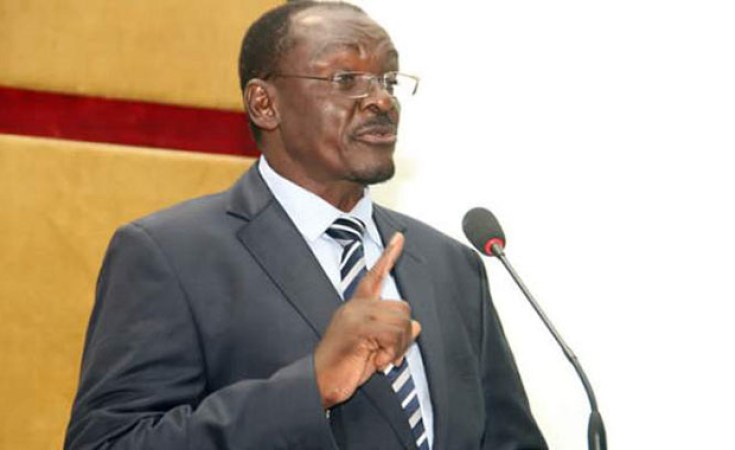 Some sections of the local media, quoting unnamed sources in Zanu-PF, claimed the ruling party was already pushing to have opposition figure, Mr Tendai Biti, in Government "because of his links with the West and the United States in particular".

In an interview with our Bulawayo Bureau yesterday, VP Mohadi said Zanu-PF was not interested in coalition talks with the opposition as the ruling party had total control of Parliament.

"We haven't heard anything of that sort or an approach from those that would want a Government of National Unity with us," said VP Mohadi.

"But if they want to discuss with us they can come, but certainly not on a GNU because we have got the mandate emanating from the two thirds majority in Parliament. We can do it alone unlike in 2008 where we had a sort of hung Parliament. This time there isn't going to be that kind of arrangement," he said.

VP Mohadi said the Government wanted to ensure there was unity and peace in the country.

"We want unity, which is one of our mandates to get the people of Zimbabwe together and speak with one voice, work and progress together and this is important. In fact, we want them (opposition parties) to be part of Zimbabwe. We don't want them to be left out," he said.

The Vice President said the MDC-Alliance must recognise the incumbent as the country's President.

"You might have heard what happened in Parliament recently when the opposition MPs did not want to recognise the President and they did not even want to stand up for him. We want all this to be a thing of the past because he is the President of Zimbabwe, not of Zanu-PF, when it comes to Government. He is a President of everyone. Even his enemies must recognise that he is their President too," he said.

"We want them to recognise that he is the President of Zimbabwe. They can treat him differently as the leader of Zanu-PF, but not when it comes to the country and we will not allow that."

Zanu-PF Bulawayo province last week also resolved that the party should not engage in any talks of a GNU with the MDC-Alliance and endorsed President Mnangagwa as the party's Presidential candidate in the 2023 elections.

The resolutions, which were unanimously adopted by the party's Bulawayo provincial co-ordinating committee, will be taken aboard when various thematic committees discuss a range of issues at the 17th National People's Conference which kicks off today in Esigodini, Matabeleland South province.

President Mnangagwa won the Presidential election with more than 50 percent of the vote while Mr Chamisa had 44,3 percent.

Mr Chamisa challenged the validity of the election, claiming it was fraught with irregularities, but the Constitutional Court upheld President Mnangagwa's victory in the July 30 harmonised elections.

Daydreaming Chamisa Needs to Wake Up From His Nightmare - President

The Good, The Bad, The Ugly for Zimbabwe In 2018
Tagged:
Copyright © 2018 The Herald. All rights reserved. Distributed by AllAfrica Global Media (allAfrica.com). To contact the copyright holder directly for corrections — or for permission to republish or make other authorized use of this material, click here.