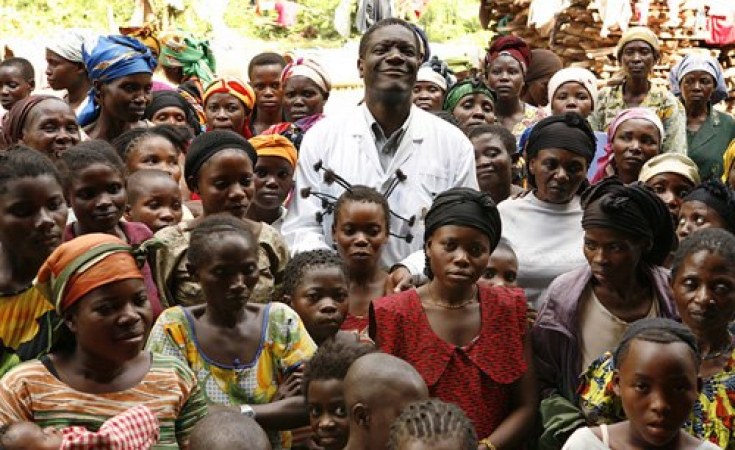 Dr. Denis Mukwege, the Congolese obstetrician and gynaecologist who operates a hospital in Bukavu and who campaigns against the use of rape and sexualized violence as a weapon of war received the Nobel Peace Prize for 2018 in Oslo on Human Rights Day, December 10. He was the co-winner with Nadia Murad, a member of the Yazidi minority in northern Iraq who became a human rights activist after being abducted and held as a sex slave by so-called "Islamic State".

Excerpts from Dr Mukwege's Nobel lecture follow. The full text of the copyrighted lecture is available on the Nobel Prize website.

My name is Denis Mukwege. I come from one of the richest countries on the planet. Yet the people of my country are among the poorest of the world. The troubling reality is that the abundance of our natural resources – gold, coltan, cobalt and other strategic minerals – is the root cause of war, extreme violence and abject poverty.

The human cost of making smartphones

We love nice cars, jewellery and gadgets. I have a smartphone myself. These items contain minerals found in our country. Often mined in inhuman conditions by young children, victims of intimidation and sexual violence. When you drive your electric car; when you use your smart phone or admire your jewellery, take a minute to reflect on the human cost of manufacturing these objects.

As consumers, let us at least insist that these products are manufactured with respect for human dignity. Turning a blind eye to this tragedy is being complicit. It's not just perpetrators of violence who are responsible for their crimes, it is also those who choose to look the other way.

My country is being systematically looted with the complicity of people claiming to be our leaders. Looted for their power, their wealth and their glory. Looted at the expense of millions of innocent men, women and children abandoned in extreme poverty. While the profits from our minerals end up in the pockets of a predatory oligarchy...

No one can say 'I didn't know'

The Congolese people have been humiliated, abused and massacred for more than two decades in plain sight of the international community. Today, with access to the most powerful communication technology ever, no one can say: "I didn't know". With this Nobel Peace Prize, I call on the world to be a witness and I urge you to join us in order to put an end to this suffering that shames our common humanity....

As I speak to you, a report is gathering mold in an office drawer in New York. It was drafted following a professional investigation into war crimes and human rights violations perpetrated in Congo. This investigation explicitly names the victims, the places and the dates, but leaves the perpetrators nameless. This Mapping Report by the office of the United Nations High Commissioner for Human Rights describes no fewer than 617 war crimes and crimes against humanity and perhaps even crimes of genocide.

What is the world waiting for before taking this into account? There is no lasting peace without justice. Yet, justice is not negotiable. Let us have the courage to take a critical and impartial look at what has been going on for too long in the Great Lakes Region.

Dear Congolese compatriots, let us have the courage to take our destiny in our own hands. Let us build peace, build our country's future, and together build a better future for Africa. No one else will do it for us....

Victims can turn their suffering into power

At Panzi [Hospital in Bukavu], our holistic care programme – which includes medical, psychological, socio-economic and legal support – shows that even if the road to recovery is long and difficult, victims have the potential to turn their suffering into power.

They can become agents of positive change in society. This is the case already at City of Joy, our rehabilitation centre in Bukavu where women receive support to regain control of their destiny.

However, they cannot succeed on their own and our role is to listen to them, as today we listen to Madam Nadia Murad. Dear Nadia, your courage, your audacity, your ability to give us hope, are a source of inspiration for the entire world and for me personally.

The Nobel Peace Prize awarded to us today will be of value only if it leads to concrete change in the lives of victims of sexual violence all over the world and the restoration of peace in our countries...

First, it is incumbent upon all of us to act in this direction... If there is a war to be waged, it is the war against the indifference which is eating away at our societies.

Second, we are all indebted to these women and their loved-ones and we must all take ownership of this fight; including states by ceasing to welcome leaders who have tolerated, or worse, used sexual violence to take power. States must stop welcoming them by rolling out the red carpet, and instead draw a red line against the use of rape as a weapon of war. This red line would consist of imposing economic and political sanctions on these leaders and taking them to court. Doing the right thing is not hard. It is a matter of political will.

Third, we must acknowledge the suffering of the survivors of all acts of violence against women in armed conflicts and support their holistic recovery process. I insist on reparations: the measures that give survivors compensation and satisfaction and enable them to start a new life. It is a human right. I call on States to support the initiative to create a Global Fund for reparations for victims of sexual violence in armed conflicts.

Fourth, on behalf of all widows, all widowers and orphans of the massacres committed in the DRC and all Congolese in love with peace, I call on the international community to finally consider the "Mapping Project report" and its recommendations. May justice prevail...

Finally, after twenty years of bloodshed, rape and massive population displacements, the Congolese people are desperately awaiting implementation of the responsibility to protect the civilian population when their government cannot or does not want to do so. The people are waiting to explore the path to a lasting peace. To achieve peace, there has to be adherence to the principle of free, transparent, credible and peaceful elections.

"People of the Congo, let us get to work!" Let's build a State at the heart of Africa where the government serves its people. A State under the rule of law, capable of bringing lasting and harmonious development not just of the DRC but of the whole of Africa, where all political, economic and social actions will be based on a people-centred approach to restore human dignity of all citizens. 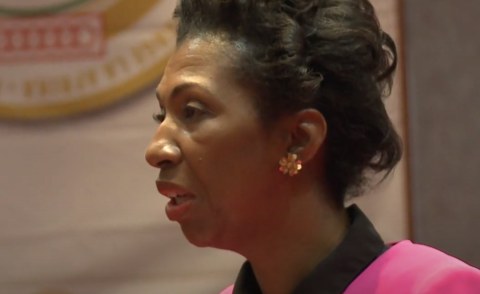 Europe Renews Sanctions Against DR Congo Officials
Tagged:
Copyright © 2018 allAfrica.com. All rights reserved. Distributed by AllAfrica Global Media (allAfrica.com). To contact the copyright holder directly for corrections — or for permission to republish or make other authorized use of this material, click here.