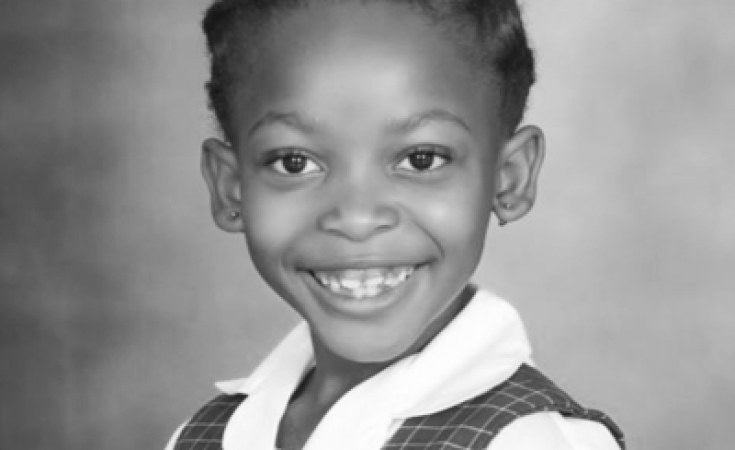 The Journalist
Musawenkosi Ama Xaba is a seven year old from Johannesburg. She is passionate about life. When asked when she loves about life, she responded philosophically saying: “I love that I am alive.” When she is not attending school, she is involved in all sorts of extra-murals including athletics, choral music and recitals and writing. She aspires to write a book of her own, for children next year.
The Journalist (Cape Town)
opinion By Musawenkosi Ama Xaba

Musawenkosi Ama Xaba is just seven years old and to date she is our youngest contributor. She attended the Abantu Book Festival this weekend and wrote about Kids Zone.

Hello everyone, my name is Musa and I will be writing about the days I went to Abantu Book Festival to learn many things. I went with my favourite aunt. It was fun in the Kid's Zone. We played games and listened to stories. I also learned facts about different languages.

Mama Gcina Mhlope was teaching us about languages, Afrikaans, Xhosa, Tswana and Sepedi. I leaned about how languages are good.

Mama Gcina is the best actor I have seen in the whole world. She told us many stories, but I liked the one about The Magic Beads. This is how the story goes:

Once upon a time there were three girls who lived in a building in Johannesburg. They longed to get out and play outisde. When they were bored they talked about their hair. The one with magic beads in her hair wished they could get out of the building and suddenly the magic beads lifted them outside.

The girl with the beads in her hair cried but her friends said don't worry your hair is good the way it is.

I also like my hair the way it is.

I was so happy to listen to the story. I even hugged Mama Gcina for her birthday. It was her birthday on Saturday, on my first day at the festival.

Mama Gcina allowed me to take a picture with her. On the second day I went with my aunty and my sister. I learnt how to write stories. Next year I am going again. I think more children must come next year.

Musawenkosi Ama Xaba is a seven-year-old from Johannesburg. She is passionate about life. When asked when she loves about life, she responded philosophically saying: “I love that I am alive.” When she is not attending school, she is involved in all sorts of extra-murals including athletics, choral music and recitals and writing. She aspires to write a book of her own, for children next year.

Tagged:
Copyright © 2018 The Journalist. All rights reserved. Distributed by AllAfrica Global Media (allAfrica.com). To contact the copyright holder directly for corrections — or for permission to republish or make other authorized use of this material, click here.