Africa: We Must Not Turn Our Backs On Aids 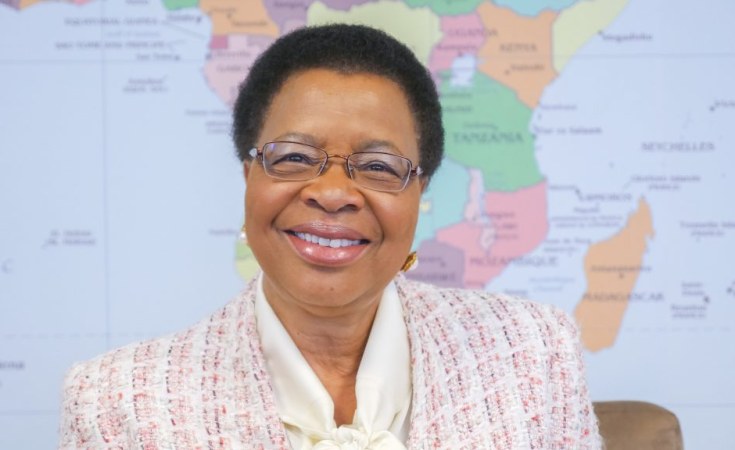 It has been said that Mandela was proud of the progress the international community had made against AIDS when he passed away in 2013. But he also knew from his long political struggle to never celebrate a job before it is finished. The United Nations believes it is possible to end the AIDS epidemic by 2030. This, however, requires un-wavering r commitment from world leaders and other stakeholders in mustering the necessary resources. "The HIV pandemic is not on track to end," a team of doctors warned in the Lancet in July. "The prevailing discourse on ending AIDS has bred a dangerous complacency and may have hastened the weakening of global resolve to combat HIV."

More than 36 million people still live with HIV around the world--and more of them in South Africa than any other nation. In partnership with the Global Fund to Fight Aids, Tb & Malaria, the US President's Emergency Plan For AIDS Relief (PEPFAR), and other key initiatives, the South African government has developed the world's largest anti-retroviral therapy program, giving many HIV-positive people a chance to lead healthy and productive lives. Integrating good nutrition into this program will further improve the outcomes.

South Africa has also made a strong effort to expand testing and counselling, and by 2016, an estimated 86 percent of all South Africans living with HIV knew their status. Global Citizen, the international advocacy organization committed to the end of extreme poverty by 2030, recently offered residents from underprivileged communities in Gauteng an opportunity to test for HIV and know their status for free. Many of those that were tested also earned tickets to the Global Citizen Festival: Mandela 100, hosted and presented by the Motsepe Foundation, which will fuse pop and policy to influence citizens on a global scale.

But 270,000 people still contract HIV in South Africa every year. The rate of infection is high not only among traditionally at-risk populations, but young women also: Women between the ages of 15 and 24 accounted for 37 percent of new infections in 2016. About a quarter of these women became infected through gender-based violence.

South Africa is not alone in its struggle with new HIV infections. The world saw 1.8 million new HIV infections in 2017--which puts it far behind the UN's goal of only 500,000 new infections or fewer by 2020. Medical treatments like anti-retroviral therapy and Pre-exposure prophylaxis (PrEP) have saved millions of lives, but they alone are not enough to end the epidemic. "Without further reductions in HIV incidence, a resurgence of the epidemic is inevitable, as the largest ever generation of young people age into adolescence and adulthood," the Lancet authors warned.

We cannot let victory slip from our grasp. The AIDS crisis provoked a mobilization of resources unlike any the world had seen. The governments of developed nations and developing nations made common cause; the private and public sectors teamed up to tackle the disease head-on. In recent years, though, this unprecedented effort has lost steam. Development spending for health plateaued in 2010, and wealthier nations have scaled back their assistance to the nations most devastated by HIV.

That's why it is imperative that we join together to galvanize support from key stakeholders in the fight against HIV. Tomorrow's first-ever Global Citizen Festival in Africa will showcase the leadership of South Africa in the fight against HIV and engage government, private sector, and civil society partners, as well as key influencers and youth champions in support of the Global Fund's 6th Replenishment in 2019 at which it hopes to raise billions more in funding from the international community to continue this fight.

In order to get back on track to ending AIDS by 2030, the UN has said the world needs to spend an additional $6 billion on its HIV response over the next three years. That money will be difficult to come by at a time when some world leaders are slashing development aid and attacking international cooperation. That is why tomorrow, both of us will add our voice to thousands of others at FNB stadium to call on the global community to honour their promise they all signed up to as part of the SDGs not to leave anyone behind.

The Global Fund's HER (HIV Epidemic Response) Initiative has set a bold target to reduce the number of new HIV infections among adolescent girls and young women by 58 percent in 13 African countries by 2022. To achieve this target, the Global Fund is providing over US$150 million to scale-up HIV prevention programs for girls and young women across these focus countries, including South Africa.

The AIDS response reminds us of just how effective development aid and international cooperation can be--and it is also a model for how to respond to future global health crises. It also provides a blueprint for achieving the Sustainable Development Goals, the UN's 17 point plan aimed at ending extreme poverty, reducing inequality and mitigating climate change by 2030.

Citizens of South Africa and every other nation must remind their leaders of the vital importance of keeping AIDS on the global agenda. We can end the epidemic in 13 years and answer a question that Mandela once posed: "When the history of our times is written, will we be remembered as the generation that turned our backs in a moment of global crisis or will it be recorded that we did the right thing?"

Graça Machel is one of the world’s leading advocates for women’s and children’s rights and has been a social justice and political activist for many decades. She established the Graça Machel Trust in 2010 as a Pan-African advocacy organisation focused on child health and nutrition, education, women’s economic and financial empowerment, leadership and good governance. Over the last five years the Trust has worked to “Multiply the Faces and Amplify the Voices” of African women and children. Through our collaboration with partners, at all levels, we have helped promote and strengthen women and children’s networks to drive social and economic change. The Graça Machel Trust acts as a catalyst, working across the continent to advocate for the protection of children’s rights and dignity, and amplify women’s movements by harnessing and promoting their contributions to the economic, social and political development of Africa. We work with global, regional and local partners who are passionate about creating profound change in the issues that we focus on. Through our advocacy efforts we seek to influence decision-makers to the change policies and practices needed to create societies that value social justice, and promote and protect the rights of women and children.

Tagged:
Copyright © 2018 Swenga. All rights reserved. Distributed by AllAfrica Global Media (allAfrica.com). To contact the copyright holder directly for corrections — or for permission to republish or make other authorized use of this material, click here.