Zimbabwe: We Have Agents in Our Midst 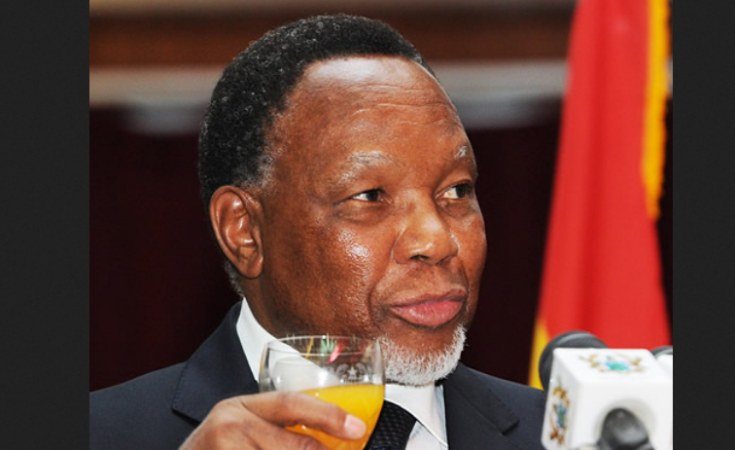 The fact that Zimbabwe is open for business does not mean that the country is open for abuse and foreign interference and this should be understood loud and clear by the MDC and its handlers who now seek to direct our judiciary system.

We listened in shock as American Congressmen rooted for opposition leader Tendai Biti to be freed of the charges he is facing when our competent courts are seized with the matter. Such a declaration is not only contemptuous but also preposterous in that Uncle Tom wants to dictate terms to an independent and sovereign country.

It is trite that when illegal sanctions were imposed on Zimbabwe in 2002 Biti was not part of the matrix and the puzzling yet revealing question is why now.

It is simple that Biti is either an agent of Uncle Tom or a heartless politician whose quest for power blinds him to the hardships wrought by the sanctions he invited.

Biti and his president Nelson Chamisa don't want the sanctions lifted lest the country takes off to the inevitable land of milk and honey, something that would certainly render them irrelevant to the political matrix and impotent to a world that is increasingly seeing them for what they are -- imposters and a greedy lot.

Isn't it Zimbabwe had elections, peaceful elections, that were won resoundingly by Zanu-PF on July 30? Isn't it that the New Dispensation has ushered in a new breath of fresh air pregnant with all the freedoms that are even deficient in Western capitals? Since the historical Operation Restore Legacy that swiftly rescued Zimbabwe from the edge of a precipice, Zimbabweans are a lot better than they were before and are united towards Vision 2030.

But naysayers are aware of this and are thus secretly and behind the scenes ever asking for a place on the leadership table through a creature they call the GNU.

No, Zimbabweans made a choice and their choice was President Emmerson Mnangagwa. It's a voice not to be defied but rather to be respected with all its echoes so that future attempts to subvert the will of the people will be frowned upon.

Chamisa, Biti and their handlers must accept that they lost and move on. Any attempts to dilute or frustrate the will of the people will be resisted. The Youth League will not shy from taking on nations and individuals that want to fan chaos in Zimbabwe because we are the vanguard of the revolution.

Now coming to another event that took place last week, apparently frustrated and driven to anger by the clownish behaviour of the MDC leaders, our war veterans proposed a change of the Presidential age limit from 40 to 52, itself a naked condemnation of the infantile politics but never a reason to block the aspirations of a whole generation.

The war veterans once reached out to the opposition before the death of the more reasonable and mature Morgan Tsvangirai but that goodwill was spurned, rejected by Chamisa who is power drunk and too much self-absorbed to the extent he seems not to care about his kith and kin.

The war veterans' statement reflects the heart of a mother frustrated by the behaviour of a promising child, a child who believes so much in himself even to the point of challenging the gods. But that is a story for another day to be debated by the Central Committee and probably Parliament, if and when it arises.

There was something that was contained in the war veterans' statement, a proposal to punish those who push for sanctions. As the Youth League that is something we subscribe to, something we would like to see our Parliament pass into law because before we are politicians we are Zimbabweans and nothing should change that -- whether greed or sadistic inclinations.

Chamisa and Biti are the typical vana vasina hunhu, and it's time the mother punishes them for their errant behaviour.

Zimbabweans must be aware of another event that took place last week, again related to the country's opposition and again another attempt to sneak into Government through the back door. While we are aware that the MDC is going through hard times, politically and financially with the issue of leadership unresolved, that should not be an application form for inclusion in Government.

Democracy at times is very cruel and is a pill that Chamisa and company must understand. History is littered with governments that were formed on a narrow margin whereas ours is founded on an overwhelming mandate, and for those who suffer numerical illiteracy, a six percent margin in the Presidential polls.

There is nothing wrong with dreaming but our court processes must be respected, the Constitutional Court upheld President Mnangagwa's win and that is sacrosanct.

It should be understood that by its very nature democracy is selfish and favours only the winner, giving nothing to the vanquished who have to hope for some drips of benevolence from the those in power, in our case Zanu-PF.

We know the MDC is desperate but their desperation is certainly none of our business. We are asking our leaders to reject the overtures from the MDC and focus instead on the job at hand -- to empower the people and do whatever it takes to deliver on the electoral pledges we made.

But fundamentally, there is no need to engage in talks with people who do not see the truth for what it is, the plain and simple truth is President Mnangagwa is the legitimate leader and his legitimacy is accepted by all and sundry even by the confused lot in MDC who would want to engage no other political party leader but our own, meaning he is the legitimate leader even as they huff and puff.

It is a paradox that the MDC created such a paradox and the onus is on them to accept reality lest it would be too late -- Zanu-PF has no reason to negotiate, the MDC has.

The MDC has to accept now that ED is the legitimate leader of the country and only then can we as the Youth League recognise the need for dialogue but a dialogue not to undo the people's will, only a brotherly dialogue to accept each other in our diversity.

The removal of sanctions is one other precondition for any form of dialogue with the losers and let it be known the mountain will not go to Mohammed, instead Mohammed should come to the mountain. We respect diversity, we value pluralism, and we are a product of revolution.

And finally as the annual conference roars to life, as the Youth League we would like to urge the leadership to continue focusing on the economy so as to uplift the generality of the public who are looking up to the servant leadership of Zanu-PF for a breakthrough and an end to cash shortages.

We hope at the conference, the party will focus on corruption, a cancer that is gnawing at the heart of our society and causing unnecessary pain to the majority. No one should be above the law and this should apply to the so-called bigwigs. We cannot continue to bear the brunt when a few are living large and soon we will demand that bigwigs perceived to be corrupt clear their names or resign from the party.

We also want inclusive economic policies that will focus on youth employment and empowerment and hopefully the conference will take notice of the aspirations of the youths who are not only vital for the future but the dynamics of the present.

Our role is simple, our role is to ensure that Zanu-PF rules forever and that can be done through the pursuance of policies that have the people at heart and that will in the ultimate deliver Zimbabwe towards Vision 2030 under the visionary leadership of President Mnangagwa. 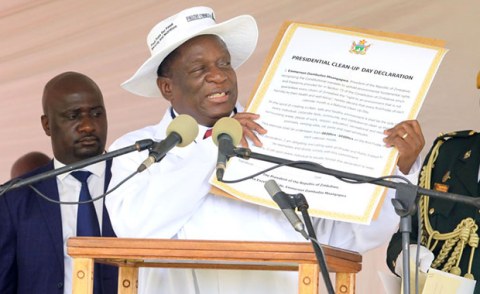 Mnangagwa Rules Out Govt of National Unity
Tagged:
Copyright © 2018 The Herald. All rights reserved. Distributed by AllAfrica Global Media (allAfrica.com). To contact the copyright holder directly for corrections — or for permission to republish or make other authorized use of this material, click here.