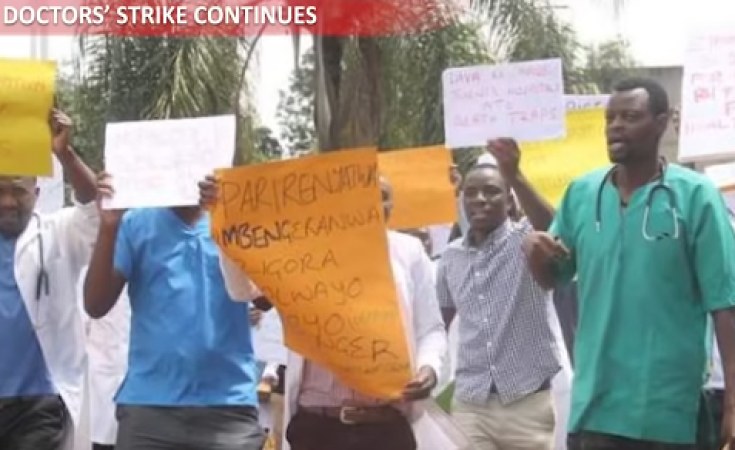 Government has flatly rejected striking junior doctors' demands for US dollar wages with Health and Child Care Minister Obadiah Moyo describing the idea as "awkward" in an economy that is experiencing foreign currency shortages.

Zimbabwe's junior doctors downed their tools beginning of this month demanding, among other things, US dollar wages to survive a volatile economy, allowance review and improvements to their working conditions in an environment afflicted by acute drugs shortages.

The strike has plunged public hospitals into crisis with a vulnerable population at a loss on how to respond to the situation.

At a post-cabinet media briefing at Munhumutapa Building Tuesday, Moyo said US dollar wages were far from government's plans as the economy was still struggling with the little amounts of foreign currency it could access.

"There is the issue of payment of salaries in US dollars. Naturally, cabinet does not feel that that is the right way to go. Neither is it the right way to think especially in an environment where the United States dollar is scarce," Moyo said.

"We all know that we need the US dollar and in the case of health, to replace all the medicines that we are short of and it would sound awkward for staff to then request payment in US dollars for their salaries."

Added the minister, "What is more relevant is for the staff to be pushing for the payment of the drugs that require US dollars and that is exactly what government has done; prioritise the working products which are required as a paraphernalia for the basis of carrying out procurement and ensuring that patients are well looked after. Payment of salaries in US dollars is very difficult in this current environment."

There have been growing calls by the generality of the government workforce for their employer to return to US dollar wages as agreed past few years with the Zimbabwe Nurses Association (ZINA) general secretary Enock Dong saying recently business was demanding forex for goods and services.

Civil servants still earn their wages through the unpopular Real Time Gross Settlement (RTGS) in which salaries are sent electronically into bank accounts.

While government still insists RTGS balances were at par with the US dollar, the situation is different on the ground as one requires more than $300 worth of bond notes to acquire US$100.

Meanwhile, in his address, Minister Moyo said government was "grateful" that senior doctors were still at work.

He appealed to them to encourage their junior peers to return to work as their grievances were still being looked at.

In an earlier address, Information and Publicity Minister Monica Mutsvangwa told the same media briefing that striking doctors were acting contrary to the country's labour laws which require three bipartite meetings among parties, the declaration of a deadlock, arbitration and 14-day notice period before embarking on the strike.

Mutsvangwa urged the striking health professionals "to respect the sanctity of life and return to work".

Previous Story
Next Story
Doctors Praised for Calling Off Strike

Doctors Praised for Calling Off Strike

Motlanthe Offers to Mediate Mnangagwa-Chamisa Talks in Zimbabwe
Tagged:
Copyright © 2018 New Zimbabwe. All rights reserved. Distributed by AllAfrica Global Media (allAfrica.com). To contact the copyright holder directly for corrections — or for permission to republish or make other authorized use of this material, click here.