Cameroon: Sudcam: Bleeding the Forest and its Dependent Communities 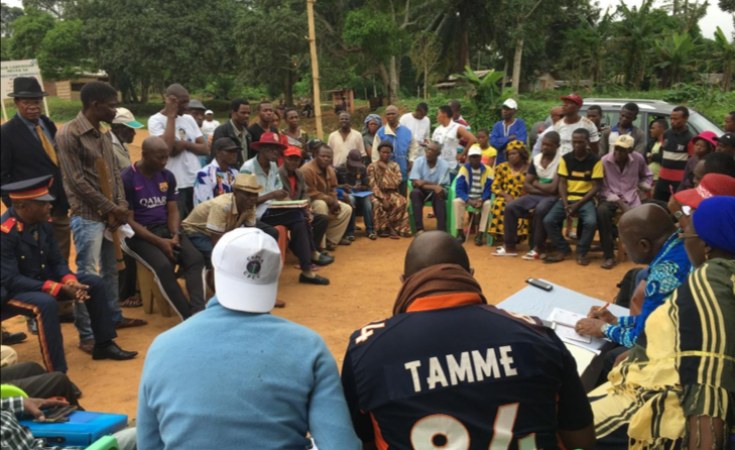 Yaoundé — I had the opportunity to do a field visit to communities impacted by Sud-Cameroun Hévéa (“Sudcam”), a rubber plantation company situated in the South region of Cameroon. Sudcam is a subsidiary of Halcyon Agri based in Singapore and is responsible for by far the most devastating new forest clearance for industrial agriculture in the Congo Basin. Halcyon Agri is a supplier to major tyre brands like Goodyear, Continental, Michelin and Bridgestone. An “influential member” of the Cameroonian political elite is reported to own 20% of Sudcam. The plantation lies only seven kilometres from the Mvomeka’a mansion of Cameroon President.

This visit took place from the 17th-19th of November 2019 with stakeholders (senators, parliamentarians, representative of council of chiefs, representatives of council of churches, representative of human rights organizations and journalists). We visited five villages namely Ndibesson, Zoumayo, Ekok, Edjoum and Bitieh. Some stakeholders regretted why they had breakfast in the morning before the visit because communities received us with lots of food and drinks as if we were there to do the traditional wedding of one of their daughters.

The objective of the visit was for these stakeholders to get first hand information from local and indigenous communities as well as visit the concession area to be able to evaluate the deforestation, displacements and above all the human rights abuses inflicted on the communities by Sudcam.

This is ridiculous! How can people who don’t even have transport fare to go to neighbouring Yaounde be able to afford money to pay flight tickets to go and file complaints in Paris?

“When Sudcam came we thought our lives will change for the better but it has gone worse” said a native of Ndibesson.

“Communities were not represented in the consultation process and communities have not been adequately compensated” “Some community members were given sums as low as 2500FCFA ($5) as compensation for the land. said Chief of Ekok Village.

The field visit cumulated with a press conference in Yaounde on Thursday the 23rd of November 2018 with over 20 journalists in attendance.

After hearing from these people about the human rights abuses they have gone through, about the failed promises and seeing the deforestation on the ground, it is important that Sudcam and Halycon Agri should stop focusing on publishing empty policies about what they could do, but instead focus on engaging in a conflict resolution process with local and indigenous communities, addressing violations of their rights and providing redress for harms due to physical and economic displacement. SUDCAM and Halcyon Agri also need to immediately suspend any further clearance of the forest. 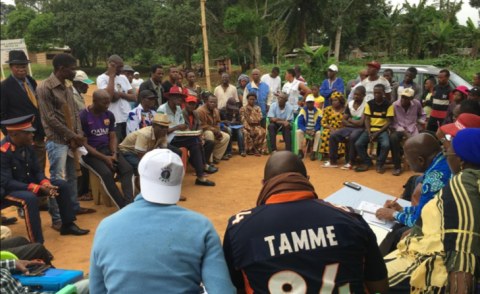 Plantation Accused of Environmental Havoc in Cameroon
Tagged:
Copyright © 2018 Greenpeace International. All rights reserved. Distributed by AllAfrica Global Media (allAfrica.com). To contact the copyright holder directly for corrections — or for permission to republish or make other authorized use of this material, click here.