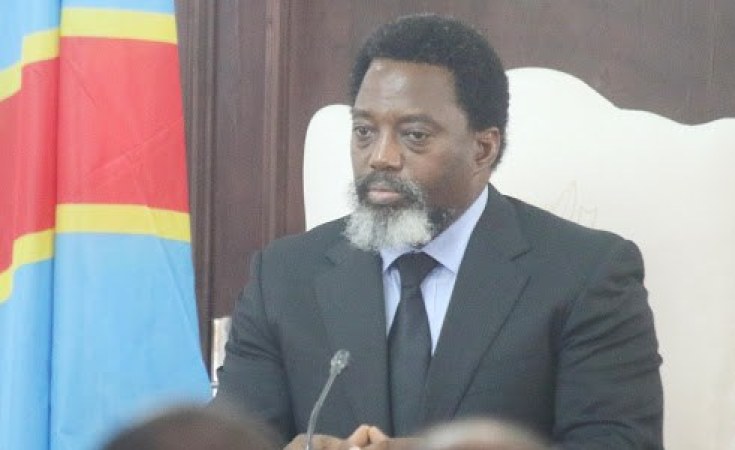 With less than two weeks to the presidential election in the Democratic Republic of Congo, and even with reports that fire broke out at the warehouse of the electoral body in Kinshasa, destroying voting materials for 19 of 24 polling districts, outgoing President Joseph Kabila has made it clear that he will continue calling the shots.

The 47-year-old outgoing president revealed in an interview with the media that he would remain in politics after the poll because he still has a long journey and could rule out anything, including running for office in the future.

President Kabila is backing his former interior minister, Emmanuel Ramazani Shadary, in the election to be held on December 23, where among the 21 contestants are Felix Tshisekedi and the united opposition candidate Martin Fayulu.

According to the DRC Constitution, the president is required to leave office after two five-year terms and automatically becomes a member of the Senate, but it is does not bar a former president from seeking another term later.

Stephanie Wolters, the head of the division for conflict prevention and risk analysis at the Johannesburg-based Institute for Security Studies, told The EastAfrican that this scenario had been on the cards since President Kabila handpicked Mr Shadary.

"It could be something like the Russian Putin-Medvedev situation where he first controls his successor then later emerges as a candidate himself," she said.

Ms Wolters added that since President Kabila put it on record that he could run again in 2023, he was sending a message to his opponents that they should not rule him out as a political force.

"However, it is risky to make a statement like that because if you are trying to win an election for a preferred candidate in a country where people have asked you to leave, it could easily boomerang," she added.

However, Charles Nzinga, a civil society activist said that President Kabila cannot be sure of exerting influence after leaving power given the examples of Angola where new President Joao Lourenco, is cracking the whip against the family of former president Jose Eduardo dos Santos who had handpicked him.

In September, President Kabila's influential sister, Jaynet Kyungu, was arrested at the Dubai International Airport with $3 million in cash in what analysts say could have been part of the plan to secure the wealth in case the president loses power.

Last year, the Panama Papers leaks revealed that Ms Kyungu opened an offshore company account soon after her brother ascended to the presidency in 2001.

The biggest concern for the opposition revolves around the controversial touchscreen voting machines supplied by South Korea.

Most observers say that the machines are likely to fail because of an unreliable electricity supply, lack of transport to supply machines around the vast Congo land area and insufficient training for those who will operate them.

Western donors have opposed the use of the machines while Mr Fayulu -- with the support of other candidates Moïse Katumbi and Jean-Pierre Bemba -- have said they will not accept election results generated using these devices.

David Mialano, a member of the opposition coalition who is in exile in Kenya, said that it is only the people of Congo that can remove President Kabila because Mr Shadary cannot protect him.

The country is likely to go to war if he does not leave office in peace.

Opposition Areas Dropped from DR Congo Presidential Poll
Tagged:
Copyright © 2018 The Nation. All rights reserved. Distributed by AllAfrica Global Media (allAfrica.com). To contact the copyright holder directly for corrections — or for permission to republish or make other authorized use of this material, click here.