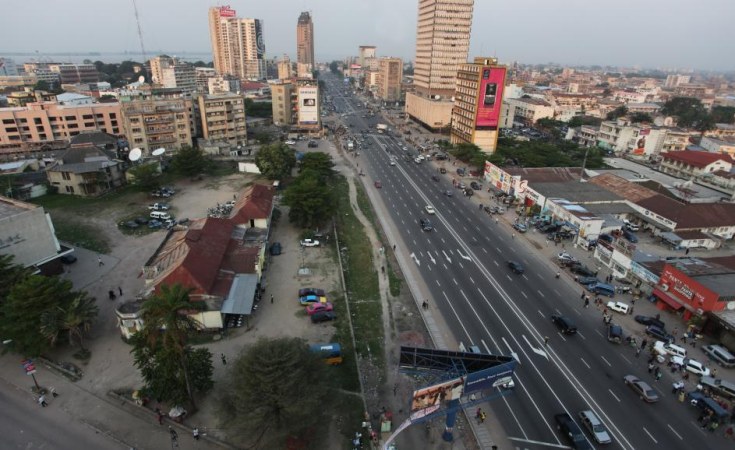 Kinshasa — Government security forces across the Democratic Republic of Congo have forcibly dispersed opposition campaign rallies ahead of the December 23, 2018 national elections. Security forces killed at least 7 opposition supporters, wounded more than 50 people, and arbitrarily detained scores of others from December 9 to 13.

The United Nations mission in Congo, MONUSCO, should deploy peacekeepers to predictable flashpoints in cities where there are risks of violence during campaign events and on election day. Concerned governments should increase pressure on the Congolese government, which bears primary responsibility for protecting citizens, to cease its suppression of the political opposition and to allow peaceful campaigning by all candidates.

"Congolese security forces are inflaming an already tense situation by using excessive force against opposition campaign rallies," said Ida Sawyer, deputy Africa director at Human Rights Watch. "With less than a week before the scheduled elections, the authorities need to keep an extremely volatile situation from spiraling out of control."

Two members of youth leagues associated with the ruling party said that senior ruling party officials recruited them and other youth to infiltrate supporters of opposition presidential candidate Martin Fayulu of the Lamuka ("wake up" in Lingala and Swahili, two of Congo's four national languages) coalition. They said they were paid about US$50 each and instructed to provoke violence and disorder during Fayulu's rallies, which could be attributed to Fayulu and create a pretext to arrest him or disqualify his candidacy.

On December 11, security forces deployed across Lubumbashi, the country's second largest city, to block the movement of Fayulu and his supporters, killing at least five men, wounding dozens, and arresting scores of others. Authorities later refused to give family members and independent observers access to the morgue.

"Seven police jeeps arrived to disperse us," said a human rights activist monitoring Fayulu's arrival in Lubumbashi for a campaign rally. "They fired live bullets and teargas. The police raided the stadium [where Fayulu was to hold the rally] and confiscated the sound equipment. They also used teargas and hot water to prevent people at the airport from reaching the city center." Some supporters responded by throwing rocks at the police, wounding 11 police officers, .

Pande Kapopo, the governor of Haut Katanga province, where Lubumbashi is located, can be heard in an audio recording just before Fayulu arrived in Lubumbashi, inciting his supporters to commit violence against Fayulu's supporters. He said that the police would do nothing against them and that "we have the power." Kapopo's office told Radio France Internationale that his words had been taken "out of context."

On December 12, security forces fired live bullets and tear gas to disperse Fayulu's supporters in the southeastern city of Kalemie, killing an 18-year-old high school student, Jeannette Maua. On December 13, in the central city of Mbuji-Mayi, police erected barricades and shot dead a 17-year-old-boy following the arrival of another opposition presidential candidate, Félix Tshisekedi, of the Union for Democracy and Social Progress (Union pour la Démocratie et le Progrès Social, UDPS) party. The UN Basic Principles on the Use of Force and Firearms by Law Enforcement Officials provide that the "intentional lethal use of firearms may only be made when strictly unavoidable in order to protect life."

On December 14, the , the capital of Kasai Central province. The as Tshisekedi arrived in the city. The mayor of Boma, in Kongo Central province, prohibited an opposition rally on December 1 and security forces barricaded the road.

MONUSCO's mandate from the Security Council directs peacekeepers to protect civilians "under threat of physical violence," including "in the context of elections." UN peacekeepers were not deployed in any significant numbers to the political rallies last week, where their presence may have helped deter security forces from firing on peaceful opposition supporters, according to local observers, political leaders, and UN personnel.

"We tried to welcome Fayulu at the airport, but we were blocked by a gang of youth, waiting for us, and the police were right behind," said a Fayulu supporter in Kindu. "The police then shot in the air and fired tear gas. We fled, but the gang members came after us, throwing stones. I inhaled tear gas and was hospitalized for a day." The gang members later ransacked opposition party offices. More than a dozen people, including two police officers, were wounded and at least 25 people were briefly detained.

In contrast, government officials have been instructed to facilitate and support Shadary's campaign visits to more than a dozen provinces. On December 7, authorities in Goma detained seven wives and widows of Congolese soldiers for several hours after they had gone to welcome Fayulu in Goma the previous day. One widow was later evicted from the military camp.

The European Union renewed the travel ban and asset freezes against Shadary on December 10 for his alleged role in past serious human rights abuses.

Violence has also been reported in other cities, Human Rights Watch said. On December 12, people threw stones at Tshisekedi in Bunia. On December 1, Tshisekedi's UPDS supporters clashed with Shadary supporters in Mbuji-Mayi. Police intervened by firing tear gas to disperse the crowd and arrested 22 people, including 14 UPDS members, all of whom were later released. Unidentified assailants destroyed campaign materials in several cities, including in Lubumbashi and Kwilu, and two ruling party offices were vandalized in Kisangani and Mbandaka.

Armed groups have also interfered in campaigning in eastern Congo and the central Kasai region. In Masisi territory, North Kivu province on December 7, unidentified assailants attacked a convoy transporting a parliamentary candidate from the presidential majority, Eugène Serufuli, who is the national minister of social affairs. About a dozen people were wounded in the crossfire between the assailants and Serufuli's police escort. In Kananga, Kasai Central, assailants kidnapped two members of the Original African Democratic Union (Union Démocratique Africaine Originelle) party as they were mobilizing their supporters on December 1. They remain missing.

Five media outlets close to the opposition remain shut by the government while the national radio and television station of Congo (Radio-Télévision nationale congolaise, RTNC), among others, heavily cover Shadary's campaign. Security forces arrested 11 pro-democracy activists in Kinshasa and Goma on December 14. They remain in detention at time of writing.

Election officials have yet to address concerns about the controversial plan to use an electronic voting machine, which many fear will be used to facilitate fraud, and the estimated 6 million potential "ghost" voters on the voter roll.

"It's critical for UN peacekeepers to play a more active role in protecting those at risk of abuses in the context of the upcoming elections, including by deploying patrols to known flashpoints for potential violence," Sawyer said. "Congo's neighbors and international partners should clarify that there will be real consequences if the brutal government repression persists."

Previous Story
How to Get Ahead in DR Congo Politics - a Flatterer's Guide
Next Story
DR Congo Voters Want Change, and They Want it Now

How to Get Ahead in DR Congo Politics - a Flatterer's Guide

DR Congo Voters Want Change, and They Want it Now

Opposition Areas Dropped from DR Congo Presidential Poll
Tagged:
Copyright © 2018 Human Rights Watch. All rights reserved. Distributed by AllAfrica Global Media (allAfrica.com). To contact the copyright holder directly for corrections — or for permission to republish or make other authorized use of this material, click here.