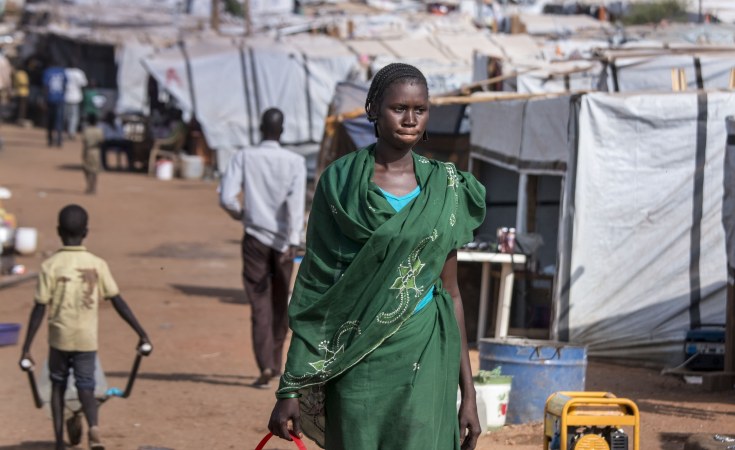 Juba, South Sudan — Widespread and systematic sexual violence across South Sudan, just a few months after the country's top two politicians signed a renewed commitment to peace, was at the top of the UN Commission on Human Rights in the country's agenda on Friday, as members ended their first fact-finding mission.

The three-person team investigating rights violations in the world's youngest country, which has been mired in bloody civil conflict since 2013, arrived on the ground shortly after more than 150 women and girls were reportedly sexually assaulted in the northern town of Bentiu.

"The viciousness of these horrific attacks in Bentiu on so many women, is shocking, given that these atrocious acts occurred just as people's hopes for an end to violence are starting to surface following the peace deal," Commissioner from Uganda, Barney Afako, stated. He added that "accountability must now follow."

More than 65 per cent of women and girls in South Sudan have reportedly experienced sexual violence at least once in their lives. Given the endemic impunity to the widespread and systematic use of sexual violence by the country's warring parties, accountability has been a core element of the Commission's work.

Commissioners stated their hope that South Sudan's leaders can now seize the opportunity provided by the Revitalized Peace Agreement for Resolution of the Conflict, signed on 12 September, to stem the violence, ensure accountability, restore peace and assist the countless victims to rebuild their lives.

Since it was formed in March 2016, the Human Rights Council-mandated Commission's has been six times to the region.

So far this month, Commissioners have visited South Sudan, Sudan and Addis Ababa, Ethiopia. From 15 to 19 December, Mr. Afako will travel to refugee camps in Uganda where some 785,000 South Sudanese are settled.

Among other things, this visit aims to look first-hand at how the June Peace Agreement, brokered by the regional development body (IGAD) with the support of the UN and African Union (AU), was taking hold, particularly focussing on the conflict's countless victims.

Supported by a team of investigators and researchers based in Juba, they are also gauging how the more than four million South Sudanese displaced by the brutal war can be returned and recompensed.

"Everybody we spoke with during our visit expressed hope that the agreement will lead to durable and sustainable peace," observed Commission Chair, Yasmin Sooka, who hails from South Africa. "Most South Sudanese are desperate to return to normal life and put the conflict behind them once and for all, yet they want to ensure that the conditions are right so they can live free of fear and want."

During meetings with the Government, the Commission also raised the need to improve the status of women in in the country, citing the case of a South Sudanese girl whose virginity was publicly auctioned off to the highest bidder, reportedly including a post on the Facebook platform.

In line with their mandate, the Commission is also collecting and preserving evidence to combat impunity, and, as such, is assisting with a future Hybrid Court, as laid out in Chapter Five of the Peace Agreement.

"Many of those we spoke with stressed that establishing the Hybrid Court, together with the Commission for Truth, Reconciliation and Healing, and the Compensation and Reparation Authority, could help contribute to stabilizing the country," Commissioner, from the UK, Andrew Clapham said. "This would certainly send a strong signal to those who have suffered violations in connection with the conflict." 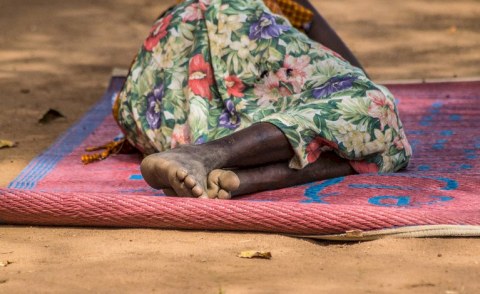 South Sudan Rebuilding Lives While Awaiting Peace
Tagged:
Copyright © 2018 The Independent. All rights reserved. Distributed by AllAfrica Global Media (allAfrica.com). To contact the copyright holder directly for corrections — or for permission to republish or make other authorized use of this material, click here.