Africa: Trump's Africa Strategy Should Have Cast China As a Regional Partner, Not a Global Adversary 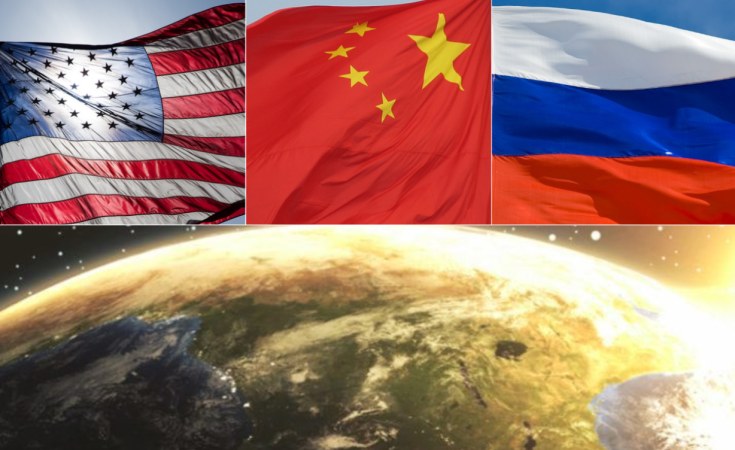 US President Donald Trump has finally approved a "New Africa Strategy". His national security adviser, John Bolton, described the contents on 13 December at the conservative Heritage Foundation in Washington. He began positively, declaring that:

lasting stability, prosperity, independence and security on the African continent are in the national security interest of the United States.

But he then went on to ignore Africa's own efforts to address these broad challenges, including its multilateral initiatives. Instead, Bolton's announcement was replete with rhetoric reminiscent of the Cold War.

The new strategy makes one thing clear: what really matters to Trump is not Africa but containing and countering China.

The reaction from an African perspective is likely be bemusement rather than surprise. Trump has shown little interest or empathy towards Africa. And much enmity toward China. His Africa strategy ignores two decades of complex - but generally positive - reactions across sub-Saharan Africa to China becoming the region's biggest trading partner and a major source of aid and investment.

Previous US administrations generally welcomed Chinese engagement in Africa. Bolton, however, alleged that:

China uses bribes, opaque agreements, and the strategic use of debt to hold states in Africa captive to Beijing's wishes and demands.

But does it need to be this way? I would argue not. Africa offers China and America an opportunity to demonstrate to the world - and to each other - that their competition can be constructive with Africa playing a moderating influence by brokering an agreed trilateral agenda.

We need to explore ways to advance cooperation between Africa, China and the US as a confidence building measure in relations between the US and China. This would obviously need to be designed for the primary benefit of African partners.

Collaborative projects that involve the US and China, with Africa in the forefront, have been the focus of a Carter Centre project since 2014. The centre's many successful programs in Africa, especially public health, have generated high-level trilateral policy interest. Since the Trump administration took over, these conversations have excluded his senior advisors. Nevertheless, work has continued. This has included recent developments which suggest headway is being made.

In early December the South African Institute of International Affairs hosted the troika that leads this project. The troika was represented by Seyoum Mesfin, Ethiopia's former and longest-serving foreign minister, an ambassador to China, and regional mediator in Sudan; Zhong Jianhua, formerly China's Special Representative on African affairs and to the Sudan conflicts; and Donald Booth, a former US ambassador to Liberia, Zambia, Ethiopia and special envoy to Sudan/South Sudan.

Three dozen African, Chinese and US scholars as well as policy experts contributed their analyses of previous and possible future areas for trilateral cooperation. They drew on some recent examples. These included efforts to combat piracy off the Horn of Africa and Gulf of Guinea as well as jointly developing a university campus in Liberia. Other projects have involved coordinated mediation between Sudan and South Sudan and mutually reinforcing actions to deal with the Ebola epidemic in West Africa.

One was the recently constructed headquarters for the Centre for Disease Control and Prevention in Addis Ababa. Funded by China, the next priority for trilateral cooperation is to ensure the centre is equipped to provide better early warning and response to threats like Ebola.

Another priority area is expanding economic aid, trade and investment. This could be done through trilateral projects funded under China's "Belt and Road" initiative and the US Build Act. The act was approved in October by a large bi-partisan majority of the US Congress.

A related issue is the huge loss of vital tax revenue to African governments due to huge "illicit financial flows". These are estimated to exceed annual inflows of foreign assistance. The project will seek ways to encourage US and China to support the work of a panel set up by African Union and United Nations Economic Commission for Africa.

Two other broad areas for potential trilateral cooperation are sustainable agriculture and energy. Two initiatives started by the Obama Administration, with the support of Congress, have become popular in Africa. These are the "Feed the Future" and "Power Africa".

Trump has long wanted to cut both. But his negative attitude isn't shared by the US Congress, and perhaps even key members of his administration. Assistant Secretary of State for Africa, Tibor Nagy, summarised US-Africa policy before the House Foreign Affairs Committee on the same day Trump approved the new Africa strategy. Nagy's comments reflected a different mindset. He spoke positively about the two Obama initiatives. He also didn't seem alarmed by China's growing presence.

At a time when many in Africa are debating how to build capable states without the undesirable aspects of either America's "decadent" democracy or China's "responsive" authoritarianism, engaging both should yield important insights for advancing collective self-reliance and development.

Previous Story
Next Story
U.S., China Plus Russia in Africa - Will It Mean a 'Best Deal' for Africans?

Russia Growing Its Strategic Influence in Africa
Tagged:
Copyright © 2018 The Conversation Africa. All rights reserved. Distributed by AllAfrica Global Media (allAfrica.com). To contact the copyright holder directly for corrections — or for permission to republish or make other authorized use of this material, click here.