West Africa: Looking for Unity in the Sahel

When a Tuareg rebellion started in northern Mali in early 2012, the fate of the entire Sahel region hung in the balance. In March of that year, army mutineers, unhappy with the Malian government's response to the uprising, ousted President Amadou Toumani Touré in a coup. Then Islamist groups slowly coopted the tribal rebellion, imposing Sharia in rebel-held cities in the northern half of the country.

By the end of the year, Islamist territorial gains were approaching Mali's capital, prompting interim President Dioncounda Traoré to call for a French military intervention. But the security situation across the Sahel continued to deteriorate, with local terrorist groups such as Ansar Dine and the Movement for Oneness and Jihad in West Africa (MUJAO) - both more or less loosely connected with the Saharan branch of Al-Qaeda in the Islamic Maghreb (AQIM) - seeking refuge in the large desert swaths and planning future attacks.

Recognizing the transborder nature of the security, socioeconomic, and environmental challenges facing them - ranging from terrorism to criminal trafficking to a major unemployment crisis - Mauritania, Mali, Burkina Faso, Niger, and Chad banded together in 2014 to form the Group of Five for the Sahel (G5 Sahel). While Western donor nations celebrated this initiative as a proof of the nations' mutual commitment to improving the security situation in the region, in reality, the G5 Sahel remains heavily reliant on France and other international donors for funding and operational and logistic capacity, and exercises little decision-making power.

In 2017, in a bid to expand the G5 Sahel's autonomy and add operational capacity, member states and their partners launched two new initiatives: the joint force for the G5 Sahel (FC-G5S), which is aimed at countering terrorism and improving border control, and the Sahel Alliance, which is designed to coordinate development projects across the region.

While these efforts have given the G5 Sahel new tools for addressing regional challenges, a dearth of unity among member states continues to hinder its success. To achieve a more robust union, member states must devote more political will and domestic resources to solving regional challenges, reducing the imbalances among their militaries and their commitments to regional security, and better coordinating the G5 Sahel's security and development initiatives.

The member states of the G5 Sahel struggle with underdevelopment, political insecurity, and limited technical capacity of the local institutions. These challenges have different variations in each country, but they virtually always capture most of the political will and resources of each government, leaving little of both for advancing a regional initiative such as the G5 Sahel.

In Mali, the government is still fully occupied with denying a safe haven for the terrorist groups that have multiplied and formed new alliances since 2012. (Most of the Al-Qaeda affiliates regrouped in 2017 to form the Group to Support Islam and Muslims, while other terrorist organizations that had split with Al-Qaeda as early as 2015 have pledged allegiance to the Islamic State to form the Islamic State in the Greater Sahara.)

The Malian government must also deal with the unresolved social, ethnic, and religious tensions that have always plagued the country and fueled the 2012 rebellion. President Ibrahim Boubacar Keïta has governed the southern half of the country with a steady hand since 2013 but has made little progress on pacifying the country's north. The peace agreement signed in 2015 in Algiers by Mali's government with rebel groups from the north, the Coordination of Azawad Movements, and pro-government armed groups, the Platform, has yet to be fully implemented.

The other four nations are also preoccupied by internal challenges: Niger, Burkina Faso, and Mauritania have experienced significant regime changes over the last decade, and the Chadian president is preoccupied by Chad's restive opposition and its periodic challenges to his rule.

The fact that the region's security problems are concentrated in Mali, Burkina Faso, and Niger is another complicating factor. Since the founding of the G5 Sahel, donor focus has been firmly set on the "triborder" region between those countries. Requests to divert resources from Mauritania or Chad, which have already contributed troops and national resources to the United Nations Mission Multidimensional Integrated Stabilization Mission in Mali (MINUSMA) and the Multinational Joint Task Force against Boko Haram (MNJTF), for the purpose of restoring security in neighboring countries, have met with resistance. However, this appears to be changing, especially since the nomination over the summer of a Mauritanian and a Chadian to become respectively commander and deputy commander of the FC-G5S's joint staff.

The Sahelian militaries command painfully few resources. The combined military expenditure of the G5 Sahel member states amounts to only about $1.2 billion (0.07% of global spending). However, there is great variance in their overall military capacities.

Chad is considered the regional power; its armed forces are relatively advanced, and it has a proven track-record as a peacekeeping troop contributor. The Malian military, by contrast, is catastrophically disorganized and overwhelmed by internal security threats. Although training and equipping the Malian military has been a priority of international partners (including the United States, France, and the European Union) since 2013, it has yet to catch up with its neighbors. Further reforming and improving the country's military and institutions will allow it to counter terrorist groups, ease tensions between communities, regain control of lost territory and cooperate more effectively with other member states.

These military imbalances are heightened by cultural factors. Given many of these countries have experienced military coups, countries like Burkina Faso and Niger seem reluctant to grow their militaries too quickly. The mismatch between countries in the direst security situations and the ones holding the most military capabilities effectively requires Chad and Mauritania to police their neighbors and spend their scarce resources providing security to other countries, while others must endeavor to catch up including to avoid creating resentment.

The Sahel Alliance and the FC-G5S show the two dimensions in which the G5 Sahel is meant to act: economic development and regional security. The goal is to balance and coordinate security and development activities to achieve progress across the Sahel. To do so, cooperation between member states is necessary, because a security operation in one country may have effects for a development project in the next, and vice versa.

(For instance, when in 2015, Niger adopted strong anti-trafficking legislation to disrupt smuggling networks in the region of Agadez, the informal economy surrounding the smuggling trade was also disrupted, causing painful economic fallout in a region where grievances are already many, inadvertently fueling radicalization and terror recruitment.) The likelihood of unintended consequences from an FC-G5S operation or a Sahel Alliance project makes coordination between the Sahelian states essential.

With commitments amounting to $509 million made by donor countries to the FC-G5S at a summit held in Brussels earlier this year (including $123 million committed by both the European Union and by Saudi Arabia, $37 million by the United Arab Emirates, and $60 million by the United States, which has since doubled), the FC-G5S is under pressure to demonstrate that taxpayer funding is being put to good use. The same goes for the more than five hundred projects, worth around $7.5 billion, that the Sahel Alliance has promised to implement between 2018 and 2022, ranging from youth employment initiatives to energy and climate projects. Expectations are high.

The formation of the G5 Sahel, and later the Sahel Alliance and the FC-G5S, indicates that there is a willingness on the part of regional governments to work together on the many pressing security and economic development challenges facing the region. However, the inability of the member states to contribute equally to solving these challenges is a constant source of tension and threatens the sense of solidarity and unified purpose that is needed for the G5 Sahel countries to work efficiently as a collective.

Matthieu Fernandez is an Intern with the Africa Center.

Previous Story
Strengthening Bonds in the Sahel
Next Story

Strengthening Bonds in the Sahel 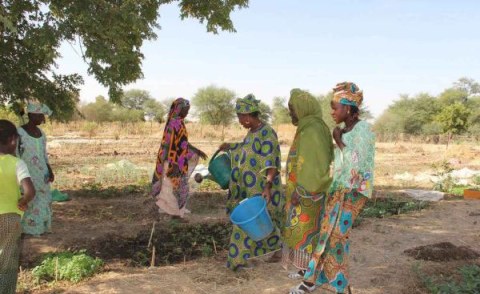 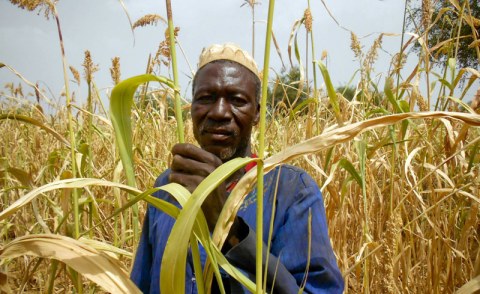 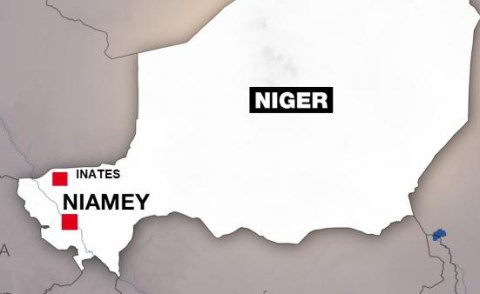 Sahel Crisis Escalates as World Looks Away - UN
Tagged:
Copyright © 2018 Atlantic Council Africa Center. All rights reserved. Distributed by AllAfrica Global Media (allAfrica.com). To contact the copyright holder directly for corrections — or for permission to republish or make other authorized use of this material, click here.