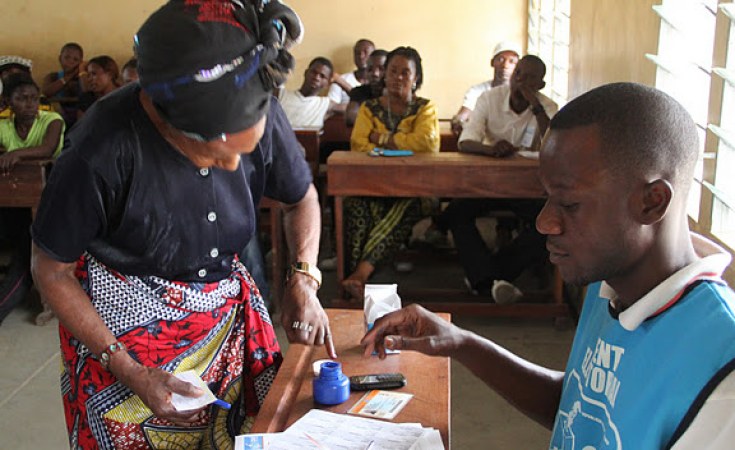 Kinshasa — Landu Kumbakidioko does not care who wins Sunday's hotly contested election in the Democratic Republic of Congo.

The Kinshasa-based barber just wants what the top candidates have promised: a better life in a resource-rich nation with high unemployment and a shocking lack of basic services.

All the candidates running for president are promising to fix the nation’s ailing economy and spread this country’s vast natural wealth to its people. But after years of corruption, crumbling infrastructure and failing services, voters doubt the poll will bring the change they seek.

In Kumbakidioko's neighborhood, just a short drive to the center of Kinshasa, potholes dot the roads, drainage runs in the streets and power and water are scarce.

He charges $5 for a haircut and shave when he can.

“We have a serious problem with electricity," he says. "Every day, we have an outage of electricity from around 10 a.m., and it doesn’t come back until 5 p.m. or even 8 p.m. This is a hardship for us. And we want permanent [regular] electricity.”

But he counts himself lucky to have a job. Many of his customers are unemployed and sit in his shop all day making small talk. Unemployment is estimated at around 46 percent, though reliable statistics can be hard to come by in a nation where the black and gray markets are prevalent.

VOA asked both of the main presidential camps how they will tackle economic challenges. Ruling party presidential candidate Emmanuel Ramazani Shadary was unavailable for comment.

"His main idea is to make an open and multi[-faceted] economy," he said. "We say that our economy is based on copper and minerals. We want the economy to be diversified."

Opposition candidate Martin Fayulu, a businessman and former oil executive, told VOA he plans to run the massive country like his successful businesses, by making the nation more attractive to investors.

At the barbershop, things are much simpler. Kumbakidioko complained of basic problems, lack of water, high unemployment and poor infrastructure he and said he is tired of broken political promises and rampant corruption. He said he just wants politicians to give citizens the basic services they deserve.

And if that fails, Kumbakidioko said he might take a stab at the messy world of politics.

"I love politics," he says. "Maybe one day if I get the chance, I’ll embrace a political career.”

But for now he'll remain a barber, Kumbakidioko said, as he sweeps a straight razor over a client's Adam's apple, clearing it of tiny, invisible hairs. Congo's politics, he says, "are just too cutthroat."

Millions Without Aid As Elections Loom

Opposition Areas Dropped from DR Congo Presidential Poll
Tagged:
Copyright © 2018 Voice of America. All rights reserved. Distributed by AllAfrica Global Media (allAfrica.com). To contact the copyright holder directly for corrections — or for permission to republish or make other authorized use of this material, click here.