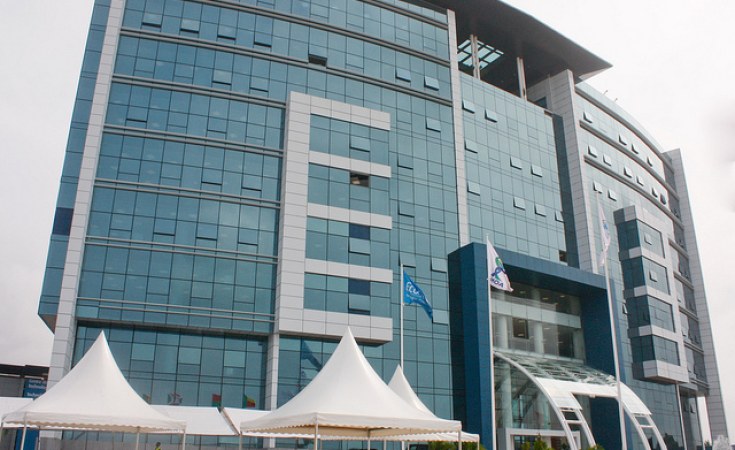 – The attention of the ETI Group has been drawn to recent publications in some online media alleging overstatement of ETI's balance sheet and income statements emanating from incorrect exchange rates in translating the financial statements of our affiliate entities, especially Nigeria.

We want to use this medium to allay the fears of any of our shareholders, creditors, and other stakeholders resulting from the unfounded allegation contained in the said publications.

The deterioration of the Naira in 2016 led to the creation of different windows for various segments of the economy leading to foreign currencies being traded in these markets/windows at different rates and thus leading to a multiple exchange rate system in Nigeria.

Nigeria currently has multiple exchange rates and judgment is required to determine which exchange rate qualifies as a spot rate that can be used for translation under IAS 21. In determining whether a rate is a spot rate, an entity is required to consider whether the currency is available at an official quoted rate and whether the quoted rate is available for immediate delivery. The CBN official rate, Nigeria Inter-bank Foreign Exchange Fixing (NIFEX) rates and the Nigerian Autonomous Foreign Exchange Fixing (NAFEX) rates are all quoted and can be used to convert or translate foreign currency transactions. Thus, the CBN official, NIFEX or NAFEX rates all technically comply with the requirements of IAS 21.

As a policy within Ecobank Group, we use the official rate in the respective jurisdictions in which we operate to translate the results and balances of our affiliates into the Group's reporting currency, the US Dollar. As a result, and in exercising the judgment allowed for within IAS 21, the Group currently uses the CBN official rate which is one of the 3 quoted rates and the official exchange rate according to the CBN. The use of this rate complies with IAS 21 and has been publicly disclosed to the market in all our press releases along with the impact of using the other available rates. This is done so that users of our financial statements can easily quantify and adjust for the use of the other exchange rates if necessary. Most of our peers in Nigeria used the CBN rate in 2017, before switching to NIFEX towards the end of the year. In 2018, they have gradually settled at a blend of both NIFEX and NAFEX.

The use of the CBN rate is in accordance with the group's policy which is to apply the official rates. This policy and its application are compliant with IFRS and specifically IAS 21. To enable comparison and to ensure that the user of the group's financial statements is not prejudiced in any way, we have adequately disclosed in our various press releases and investor presentations the fact that we have used the CBN official rate in addition to disclosing the expected impact on our results of using alternative available rates.

At its November board meeting, the Board of ETI approved the adoption of the NAFEX rate as the rate to be used for the translation of our operations in Nigeria. The change has been necessitated and approved in response to developments in the industry especially with the ETI's peers moving away from the use of the CBN official rate.

Ecobank Group adopted IFRS 9 as issued by the IASB in July 2014 with a date of transition of 1 January 2018, which resulted in changes in accounting policies and adjustments to the amounts previously recognised in the financial statements. Similarly to our peers in Nigeria, as well as other African and global banks, and, as permitted by the transitional provisions of IFRS 9, the Group has elected not to restate comparative figures. Adjustments to the carrying amounts of financial assets and liabilities at the date of transition were recognised in the opening retained earnings and other reserves of the current period. Overall, the adoption of the standard resulted in the group recording higher impairment allowance than that recognised under IAS 39. This had a negative impact on the group equity by $299m.

• Replacement of the emergency period under IAS 39 with 12 months ECL on all exposures under IFRS 9.

• IFRS 9 introduces the stage 2 bucket where higher impairment (Lifetime losses) is recognised for facilities with significant increase in credit risk. Under IAS 39, same assets were classified as performing with minimal impairment recognised.

• Off balance sheet exposure & undrawn balances: Under IAS 39, impairment was not required to be recognised on these items, however, IFRS 9 requires that impairment provision on these items is calculated.

• Other financial instruments: Historically very little or no impairment has been held on non-customer loans/ instruments such as placements with other banks, government treasury bills and bonds, corporate bonds, items in the course of clearing and other debtors. These are now clearly within the scope of IFRS 9 and impairment has been computed on these.

IFRS 9 2014 does not require restatement of comparative period financial statements except in limited circumstances related to hedge accounting (not applicable to Ecobank Group) or when an entity chooses to restate (the Group has not, nor have most of its peers). The standard requires that where comparative periods are not restated, the difference between the previous carrying amounts and the new carrying amounts be recorded in opening retained earnings or other components of equity, as appropriate. This is the approach that has been followed by the Group and as a result the transition impact of $299m has been recognised in equity.

In conclusion, we can confirm to all stakeholders that there were no misstatements in our financial statements as alleged in our financial statement for the year ended 31 December 2017 nor in our three quarterly reports released during the 2018 year. We also note that this unfounded allegation was made by a former employee of the Group who is currently in court claiming payment of 13 years' salary for an alleged unlawful termination of his employment contract.

Tagged:
Copyright © 2018 Ecobank. All rights reserved. Distributed by AllAfrica Global Media (allAfrica.com). To contact the copyright holder directly for corrections — or for permission to republish or make other authorized use of this material, click here.