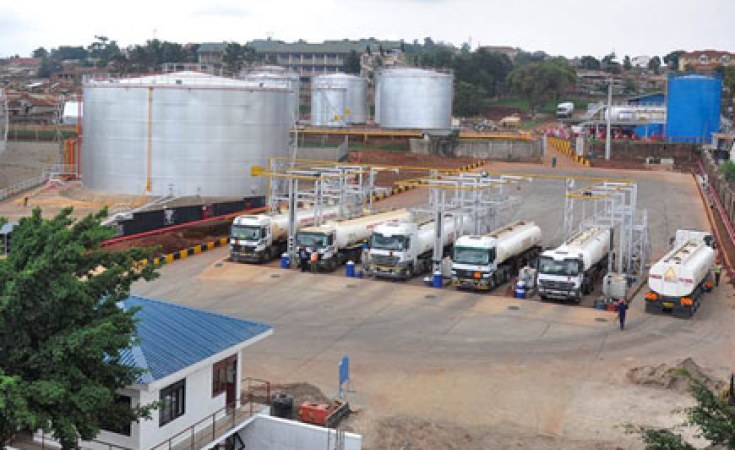 Kampala — The planned construction of the Kampala Oil Terminal has suffered a setback as a result of a fresh land conflict pitting the government against one Gideon Kabuye Kirumira.

The land, measuring 299 acres in Kiringente Sub County, Mpigi district, was identified in 2007 as a strategic location for storage of petroleum products. The terminal is also expected to hold products of the proposed Kenya - Uganda - Rwanda Petroleum Pipeline.

However, the said land had two certificates of title issued by the Land Registry. One was a Mailo title Block 107 Plot 3 owned by Mulowooza and Brothers Limited and another, a freehold certificate of title FRV 29 Folio 4 owned by N. Shah and Company Limited, a company owned by Indians.

It later emerged that the Indian firm N. Shah and Company Limited lost the land during the eviction of Indians by President Idi Amin Dada in 1972 and never reclaimed it when the Departed Asians Custodian board was established to take over assets transferred to it under the Departed Asians Decree.

In 2008, the company started a legal battle that ended in 2011 with a Supreme Court decision that returned the ownership rights to them. Later, the Ministry of Energy bought off the land at a cost of 13.5 billion Shillings.

But now, a new petitioner Gideon Kabuye Kirumira has come up claiming ownership of the land. Kirumira has since written a formal complaint to the Ministry of Energy threatening to sue if his land is not vacated.

In a letter dated October 26, addressed to the Ministry of Energy Permanent Secretary, Kirumira claims that in 2014, he acquired 400 acres of land on block 107 plot 16 Mawokota, from a one Leo Lule Kimal'Empaka at 14 billion Shilling. He says that part of his land is what was sold to the Ministry.

Honey Malinga, the director of the Directorate of Petroleum notes that a few weeks ago a number people believed to be agents of Kirumira tried to access the now fence land by force.

"Being that the land now belongs to the government, we could not allow trace passers and therefore requested security agents to take charge and guard the place," Malinga told URN in a recent interview.

Uganda Radio Network has learnt that the ministry referred the claimant to the Uganda National Oil Company-UNOC which is mandated for the oil terminal project.

Ibrahim Kasiita, the spokesperson of the Uganda National Oil Company, says that although they were not initially involved in the land acquisition process, they opted to hold talks with the claimant and asked him to present proof of ownership for the land in question.

Kasiita notes that although they have observed some irregularities in the documents, they are still investigating the matter.

The Minister of Energy and Mineral Development Eng. Irene Muloni observes that the ministry has encountered a number of individuals who claim ownership of the land earmarked for major projects under the oil and gas sector. However, she notes that since there is a clear land management system the issue will be resolved.

Meanwhile, another official who is well versed with the acquisition of the land in question but preferred anonymity says that the emergence of new claimants is suspicious.

"One will wonder where this fellow was between 2008 and 2011 where the initial two claimants in the matter were facing off in court. To me, this looks like internal sabotage. But time will tell," the official stated.

Tagged:
Copyright © 2018 The Independent. All rights reserved. Distributed by AllAfrica Global Media (allAfrica.com). To contact the copyright holder directly for corrections — or for permission to republish or make other authorized use of this material, click here.