Kenya: Here Are the City Roads to Be Upgraded in Sh1.2bn Project 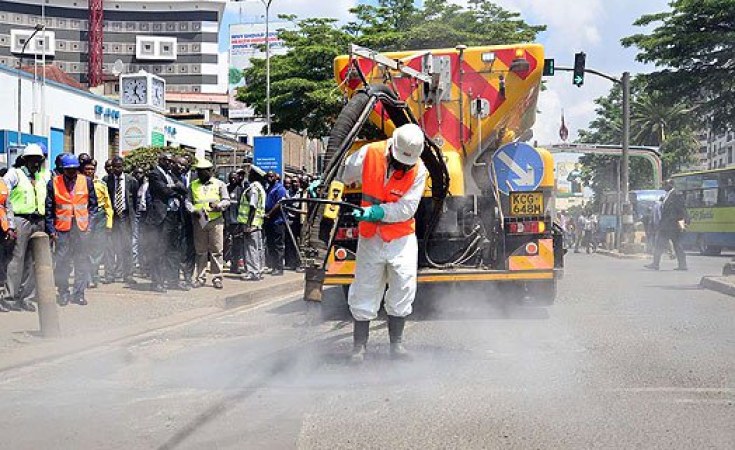 At least 600 kilometres of roads in Nairobi City County will be rehabilitated and upgraded in 2019 in a programme expected to cost over Sh1.2 billion.

This was revealed by the Kenya Roads Board (KRB) in the Annual Public Roads Programme (APRP) for the 2018/2019 financial year.

According to the programme, Kura will be working on roads in the urban centre including the central business district.

Jogoo and Lusaka roads have been allocated Sh10.34 million for upgrade while Landhies Road will get Sh3.8 million for the same purpose.

Another Sh42 million will be used on the northern and eastern bypasses covering about 60 kilometres.

Other roads targeted by Kura are in residential areas and include Spine and Manyanja roads in Kayole, Bogani East, Baba Dogo, Peponi, Josep Kang'ethe, Utawala and Kasarani-Mwiki roads.

In the city centre, at least 18 major roads, 29 streets and five lanes will be upgraded by the urban roads agency. Some of the roads set for upgrade are Dubois, Tsavo, Temple, Haile Selassie, Lagos and Taveta.

Streets earmarked for upgrade include Ronald Ngala, Monrovia, Wabera, Mfangano, Loita and Tom Mboya, while lanes include Kimathi, Luthuli and Fire Station, among others.

On the other hand, Kerra will work on roads across the 17 sub-counties in Nairobi where each has been allocated not less than Sh9.6 million.

Currently, the authority has ongoing work in the capital city including phase one of Nairobi Roads Rapid Decongestion, rehabilitation works in Embakasi East, Westlands and Lang'ata sub-counties, upgrade of roads in Upper Hill and the ongoing construction of missing link roads and non-motorised transport facilities across the five sub-counties of Starehe, Mathare, Westlands, Kamkunji and Mathare.

KRB Executive Director Jacob Ruwa explained that the project will be jointly financed, with the county government expected to cater for 15 percent of the cost of the entire programme.

"The fuel levy fund managed by the Kenya Roads Board is shared with the road agencies where Kenya National Highways Authority (KeNHA) gets 40 per cent, Kenya Rural Roads Authority 21. 8 percent, Kenya Urban Roads Authority 10.2 percent, county governments 15 percent and Kenya Wildlife Service one per cent. KRB retains the remaining 10 percent which it allocates to road agencies on a case-by-case basis and another two per cent for its operations," said Mr Ruwa.

In May, Governor Mike Sonko said that 58 roads and lanes in the CBD under Kura, totalling to 34.6 kilometres were in bad shape.

Three Chinese firms - China Wu Yi, Sinohydro Corporation and China Roads and Bridges Corporation - were awarded tenders by Kura to build the city roads with most of them being in Eastlands with the national government giving Sh2.6 billion while City Hall gave Sh1.5 billion for the project.

According to Nairobi County Assembly Transport committee, the county has 3, 600 kilometres of roads but only 50 percent have tarmac. Twenty percent are gravelled while the remaining 30 percent are earth roads. 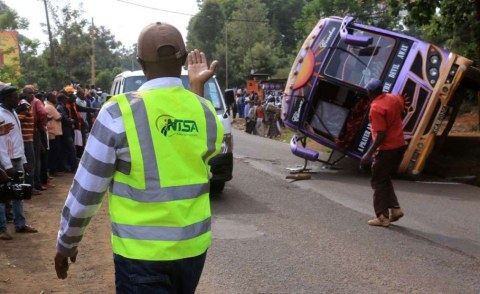 Nairobi Losing Millions in Parking Fees
Tagged:
Copyright © 2018 Nairobi News. All rights reserved. Distributed by AllAfrica Global Media (allAfrica.com). To contact the copyright holder directly for corrections — or for permission to republish or make other authorized use of this material, click here.