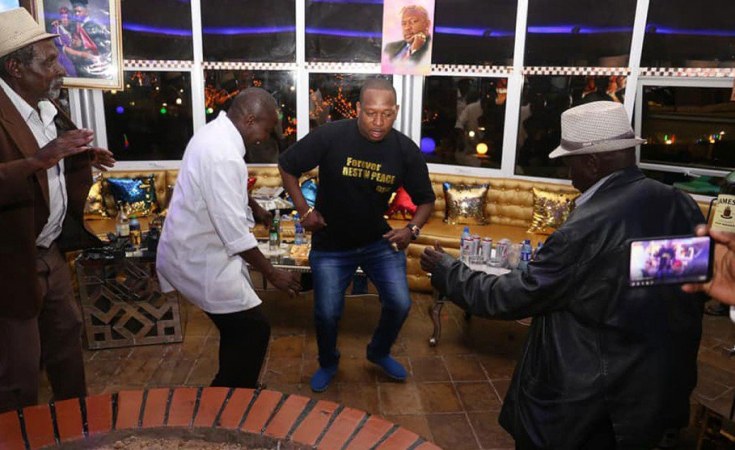 Nairobi governor Mike Sonko has been trolled on social media after he shared a video of the interiors of his Mua home.

Online users lashed at his display of opulence as they also questioned his choice of finishes for his home.

Sonko, who has been home alone after his family went for a Christmas vacation in Mombasa, was showcasing his luxurious mansion and the view from his balcony.

@theremon replied; "It's his home, it makes him happy, that all that matters."

@Tugengirl commented; "I'm here wondering why he didn't just hire a professional decorator with all that money."

@Emungau replied; "This is what l have been saying about the attempts to 'beautify' Nairobi."

@MoAngwenyi wrote; "I feel like people who have better homes are not showcasing enough to shame the rest. A designer told me they have clients who won't even allow them to take pics for their portfolio since they don't want to be copied."

Proof that money doesn't buy you class or good taste. The decor & fixtures are barfworthy.